How to backup your computer important data (suggested tools and tips)

Having backups of your data is extremely important and you need to take some minutes to brainstorm about it (unless you have no important data on your computer and you use it for online things like checking your email or your data is saved in Google Drive or similar places, where you can recover them from any machine.... unless you forget your passwords!)

Unfortunately sometimes we have a disaster happen (like a hard disk which died suddenly) and is then when we realize that we should have taken care about it...

Types of backups and tools

Over the years I have used many backup techniques and ideas, so I wanted to share on this howto my preferred ones, why, and for which purpose is each one, for example:

Update your system (apug) and use a demo configuration for unison, since it can be painful and slow to setup and review all the files:

Then read and edit the files inside ~/.unison

Some years ago I have started to use an own Home structure for my files, since then, it worked very good and very compatible with any OS (especially Elive :P), so let me share this concept here that may help others

So, the main structure is separated in 3 main directories:

Some years ago I made this structure on my home in order to differentiate correctly what is each thing and where is put, because many applications and other things bloats your home directory with files that you are not meant to know or keep a track of them, so this structure makes things much cleaner and correctly updated / backed up

Both the first and the second one are meant to be located on my SSD disk (which is 256 GB), so they can fit correctly just like the rest of the OS. DataExtra instead, is meant to include links from an external or second hard disk, probably mechanical since is more cheap for the data size

Backups are important, and we need to brainstorm "how" they needs to be done, for example:

Thank you very much for this extended explanation, appreciated!

For me,
I prefer freefilesync because on it's GUI
I can check what's going on,
what will get changed,
what gets added or erased - before (!!!)
it starts the process.
So I can think about it again before it's done

freefilesync is based/working with rsync, btw

For me
it works well for several years yet and I like
the check boxes for tickle/untickle a single file and/or also for whole folders.

Just for an additional view - for people whose like GUI controlled applications...

LOL, I rest my case.

I added another good tip to the home folder structure section - instead of manually creating the symlinks, try stow. Reddit user "Gornius" says:

It's easier to just "stow *" than manually symlink all the files.

That command is unknown to me and my system ..... so if you are scattering this around, be more expletive !

I don't think it's installed by default. Anyway, I added a better link to it as the manpage isn't the best at explaining.

i don't see any link and considering you proposed this as as interesting .... the least you can do is explain why you think so.

I personally am totally unclear why "stow" is better than simply using "manual symlinks" .... it's not like my system is overrun by those, anyway.

Sounds a lot like "fix it till it breaks" solutions to me.

It's just an easier way to do symlinks because you just put all the config files in separate dirs inside an e.g. .dotfiles dir, and run stow *. It'll automatically place all the symlinks in your home directory. It means you won't have to repeat the same command. I'm planning on using it when I fix up my homedir with @thanatermesis suggested way.

Hello! I use timeshift for backup. But I would like to know how to create an image of the current system configuration and make iso on usb.

Hello and welcome to the Elive forum!

You could use dd on your drive to get an img file that you can burn to USB, but that's not an ISO.

I found, an Ask Ubuntu post about this very thing, maybe try it out? How to create an iso from current installation - Ask Ubuntu

Ik, it's ubuntu but ubuntu is based on debian so the steps will probably be similar if not the same.

It's best not to use PPAs as best you can, so later I will add instructions in this post to install it manually, but right now it's school. I found a few deb files that you can install with gdebi but I haven't tried them yet. use at your own risk! You'll need to extract the zip, and install remastersys_3.0.5-1_trusty1_all.deb first and then remastersys-gtk_3.0.5-1_trusty1_all.deb. Archive.zip

I would like to know how to create an image of the current system configuration and......

First of all:
Welcome to Elive and the forum ! 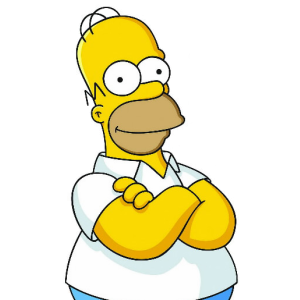 
Note:
The Developer became obviously tired of work for free,
so he put the latest release on a commercial level (25,-$ = ouch),
but methinks it is worth it if someone really needs it.
This latest release will be obligatory only -
if you have to deal with flatpack and/or snap -
otherwise you can deal with the still free predecessor v18.8.2:
Note:
You need to install aptik AND aptik gtk
aptik for AMD64:
https://github.com/teejee2008/aptik/releases/download/v18.8/aptik-v18.8-amd64.deb
aptik gtk for AMD64:
https://github.com/teejee2008/aptik-gtk/releases/download/v18.8.1/aptik-gtk-v18.8.2-amd64.deb

Hint:
Just in case - you can NOT copy&replay apps and sources from a i386 setup to an AMD64 machine or the other way around,
but appearance settings, themes and user data will work

.
.
ANOTHER OPTION
is given by the Elive own possibilities -
you can write a bootable USB pen drive with your setup from your disk,
Elive has tools for that on board.
@Thanatermesis or @triantares will know more details about this procedure, may be they will come up with a detailed How To soon,
I am not experienced enough with this for to give a detailed advise.

more details about this procedure

For a normal backup to another disk or partition ... or wherever: Use the "backup" tool in "utilities".

To have a backup of all the stuff you have installed and want on another system, some commandline foo from my notes:

#Show all repositories in use
sudo apt-cache policy
or
"appo" on an Elive system.

#Or for a different format"
sudo grep -Erh ^deb /etc/apt/sources.list*

##Straight list that has collumns seperated by space. Something to combine with "sed"?

##See https://linuxize.com/post/how-to-list-installed-packages-on-debian/
##for more info like make a list and instal from that on a new system!!!