He is Antonio Reina, has 77 years old, a citizen of a very small village in Spain called Rossell, in Castellón. 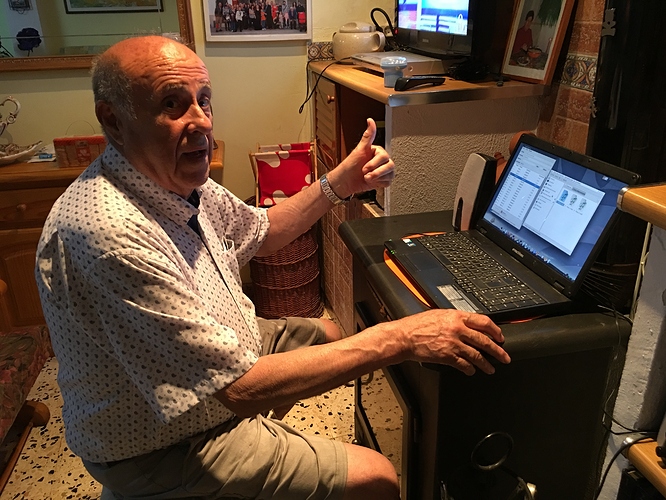 He told me that has problems with his computers, a new and an old one, where he is totally unable to use them because of the slowness and specially the saturated amount of publicity that appears randomly (spank to you, Amazon), faster than his fingers.

He asked me if I could “clean” it, in order to be able to use them, I of course proposed him a better solution;

“What I can do is to change your system for a better one, you will have no more slowness and no publicity at all, never, you will not need to care about anything in the future”

He liked the idea, and I simply took the old computer without care about the new one, I even resized the hard disk to keep his windows just in case he wants to use it

Elive 3.0 was installed without any issue, and I explained him just very basic things (less than 5 minutes), what is the pager, where is the menu, where to shutdown... and no much more, I wanted him to discover things by himself

Next day I found that he was perfectly able to use the system, even he ripped an audio CD disk which he wanted to have, and I found he opened other misc applications. I then configured him just a few settings but I won’t felt like I needed to do or explain him anything at all

Now is a new and happy Elive user 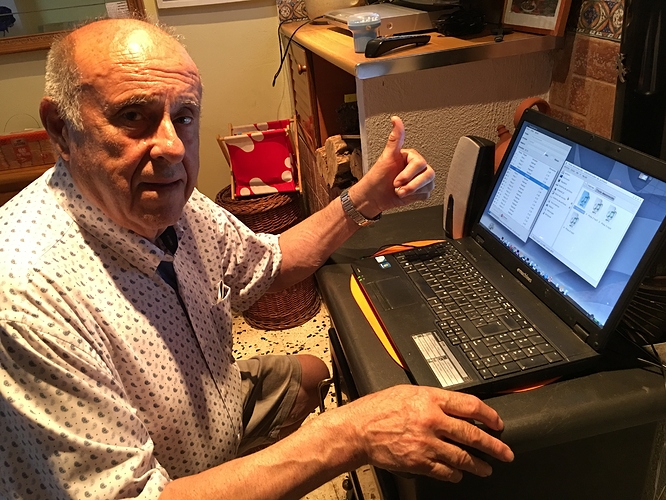 This is really a nice story, congratulations to Antonio
and to you

Nice history, happy that now Antonio can use their computers happily, and great job! Hope he never had to use some sites that only runs under other OS non free (my professional order, in example or worst some tax or municipal services on line)

This is a nice testimonial for the website if Antonio agrees.

P. S. I suppose that you told him that he can ask for help here in the Spanish language section if he needs.