After playing around a longer time now,
methinks I found my favourite one: 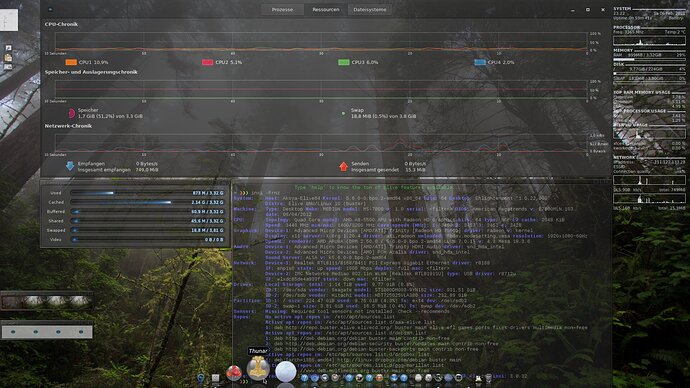 here's waking this thread up with some thoughts.

Gnome 40 is out soon with some changes as stated here:
https://9to5linux.com/first-look-at-gnome-40s-new-design-changes-in-fedora-34

and some of those changes look extremely good to me.

What caught me is that we're all falling into the same (Apple) build of what a desktop should be like .... something that put my mind into what Elive is and should be.

IMHO the thing that sets Elive (stable) apart is the way the Desktops Pager is handled, No other DE has that in that fashion.

So I started looking at how that could be made different ... well I already was doing that, wasn't I ?

So here's some weird ideas how we could do that by making the pager very, VERY prominent. 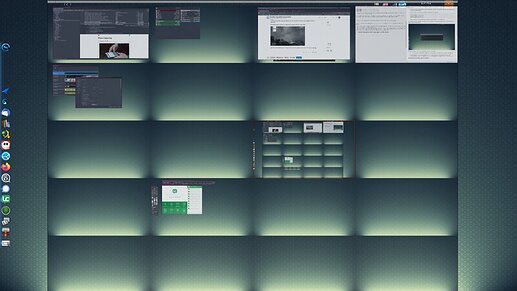 Using the pager pop-out/pop-in that's included until now, in Beta.

There's loads of options and I've put up a vokoscreen of how it could work here:
http://triantares.ddns.net/Elive/Large_Pager.m4v
albeit that I think it still needs a lot of work. Like how it animates and reacts to mouse clicks.

This is with the pager set left and "above everything", "tint2" at the top that has the systray inside and "plank" below as the dock.

I'm fairly certain @Thanatermesis played with those options too but I'd also like to hear other comments on this.
Or maybe take this concept even further.

I've now toggled the pager to max size which doesn't look bad either: 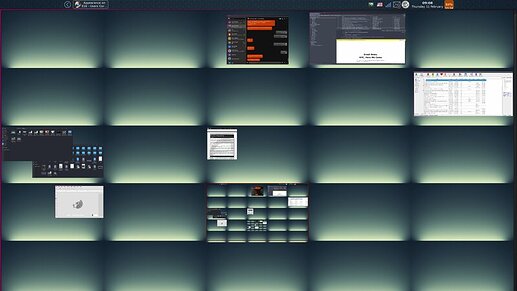 Let's have some ideas ..... however far fetched they may seem.

This is all E16, if it wasn't obvious ..... and IMO that's where we should be putting our effort into as E24 or later isn't ready for a long time yet.

Don't get me wrong: Enlightenment can be way better than Gnome or Plasma but for now the development is lagging and both competitors are moving very fast indeed.
Our (or Elive's) option is to jump into the hole that's being left there using E16 by flaunting what it can do with a little creativity.
Maybe this little step down (if it can be called that) to stable DR16 is just going to make a big difference after all.

And in a persistent attempt to mess things up ...... I started creating some icons too.
They're loosely based on the Breeze-icons for plasma.

As a first only for a "leave/logout" replacement which I think is a bit crowded and requires too much reading.

moved this older post of mine here for completeness' sake.

That way I can delete that other thread

Looking for the "logout" widget and having a hard time finding it (I found out it runs with "eesh" but not where it's stored yet) so I got pissed and started thinking about making my own:

Historical timeline:
Personally I like python and started off seeing how I could make a GTK3 widget for that.
First and foremost I have to have an idea what the GUI should look like, i.e this mockup: 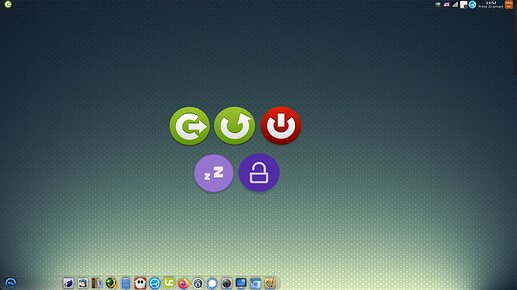 Showing, in order "logout","reboot","shutdown","sleep/hibernate" and "lock" ...where "cancel" would be anywhere else on the screen. Adding text under each icon (or as tooltip) is easy, if needed.

This turns out to be rather above my competence at short notice i.e how to get the clickable .svg images on a transparent, borderless background with GTK3 (Qt5 is easier).

Any help or ideas here would be greatly appreciated.

For those wanting to use, share or change the icon set. They can be found here:

Just upgraded an existing Ubuntu 18.04 to Elive 3.8.18 on an older Thinkpad X250.
There were some nasty issues with font sizing which I'll elaborate on in another thread.

The novelty is that this machine (belongs to my oldest daughter) is the first machine, not my own that has my new icons in use ..... as well as "plank" and "tint2" usage. 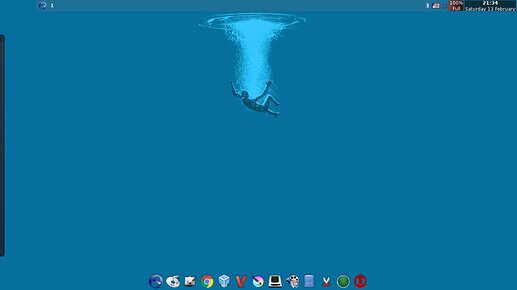 I thought the wallpaper quite fitting as this is a deep dive into Elive for someone coming from Ubuntu.

Needless to say: She was wow-ed.

Wasn't completely happy with my customized elive-logo (it sort of sucked) and came up with this one:

I am, for some reason extremely happy with this itteration so ... methinks I'll keep it.

It's actually the same as the "shutdown" icon, only skewed a tad to the right.

And here's a totally unexpected Easter Egg caused by the strange way virtualbox tears the video when starting up.

TIP: Keep your eyes on the little guy that has fallen into the desktop.