Black screen on boot with 3.7.16 on Dell inspiron

Alrighty then, will do it tomorrow if the shop is not busy.

if the shop is not busy

A busy shop is always good for business. A good sign.

A busy shop is always good for business. A good sign

experiment on Xorg -configure with telinit 1 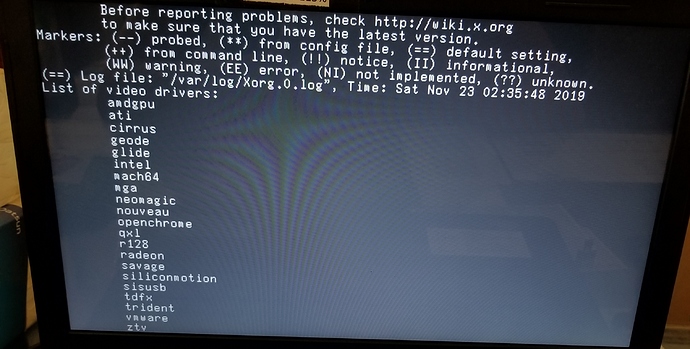 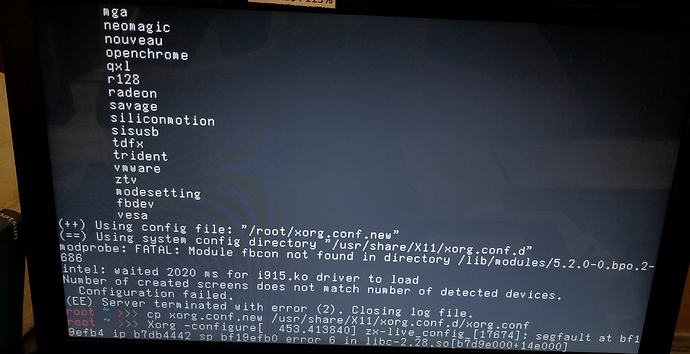 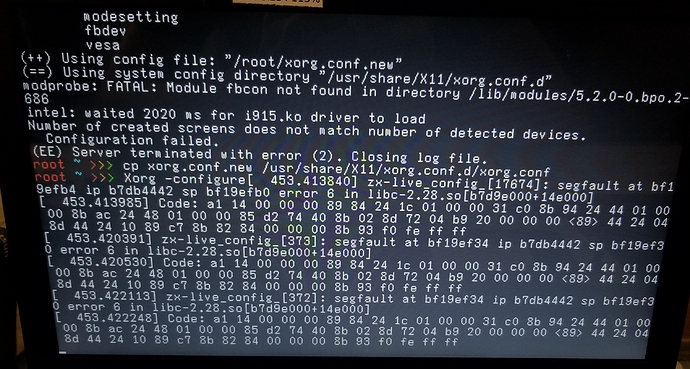 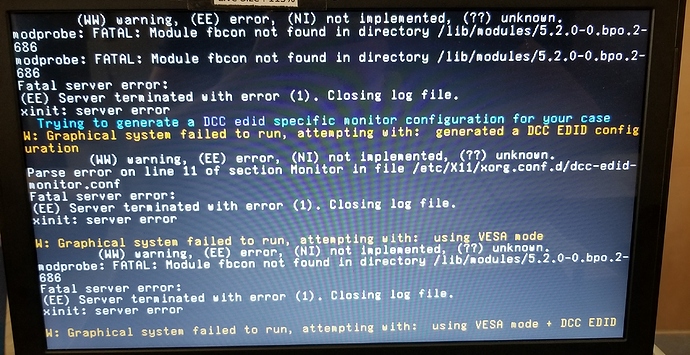 as we can already see, the error still there...
in my opinion the key for the error should be the module fbcon cannot be found in "/lib/modules/5.2.0-0.bpo.2-686"
but idk what that is, what do you think?

btw, the zx-live config thing just popping out of no where, i didnt press anything, idk what that is also.

Yes, it looks like the intel driver module isn't up to par there in the 5.2.0 kernel. AFAIK fbcon is the framebuffer fallback device for when all other drivers fail.
That'll be a job for @Thanatermesis to see to.
We maybe could get X working with a few tricks but the installer/live-boot should catch that.

If you also downloaded the 64bit version of 3.7.16 you could give that a go and see if it has the same issue.

My lenovo X1 carbon uses the same i915 driver and works fine.
I suspect your 2 machines at home will greatly prefer 64bit anyway.

inxi shows that the hardware was not recognized correctly and therefore no driver was populated.
But why...

Kernel module issue .... fairly certain. Had the same a while back with 64bit 3.7.4 on my X1 but that got resolved. IIRC it had something to do with "modesetting" i.e turning it off or on.
I suspect the 32bit hasn't been changed accordingly.

Will try myself, later today.

Did that and it booted fine on my hardware using the i915 driver.
Apparently the issue is confined to the celeron chipsets.

At least Elive Stable 3.0.6 runs excellently on that machine.

i haven't downloaded the 64bit installer, but i'm 99% sure that the dell laptop will accept it without any problem. why? these couple days i've been trying out many linux distros, like lubuntu, dsl, puppy, antix, bodhi, MX, and VL. Many of them give me a similar problem, most of them are blackscreen problem and most of them are 32 bit installer. I think the dell laptop doesnt really get along with 32bit OS, exceptional for Elive Standard edition which is also 32bit(it is just magically works, unlike the beta one which is also 32bit).
I thought with my 2 RAM dell, it is more making sense for it to run a 32bit OS with better speed, there must be a WAY to make it work like what elive standard edition did.

The thing is that Standard edition has an older kernel and drivers...That's why it works.
So in a sense the Dell is not getting any faster than it currently runs with stable.....excepting an install of Stable to HD which will free up RAM.

64bit only makes sense if you want to run on your other laptops.

the size of 64bit is kinda amazing, 3gigs

Yeah, though only 1G bigger than 32bit.

Well it is supposed to be a full Desktop experience in the broadest sense, not just a fast one.

Just what we expected, no problem on anything, at all. 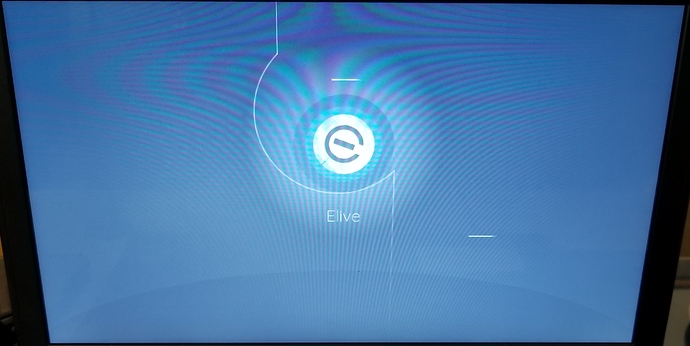 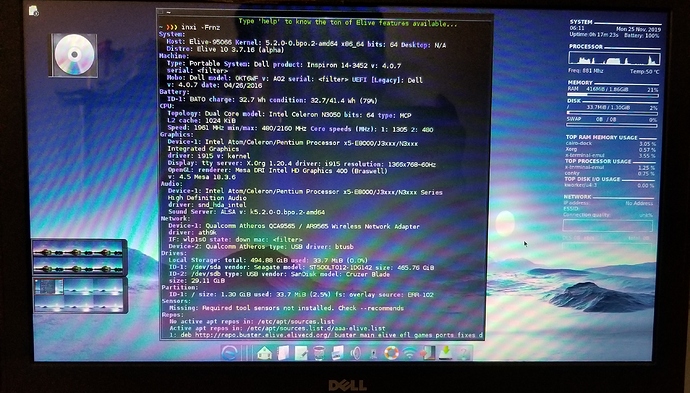 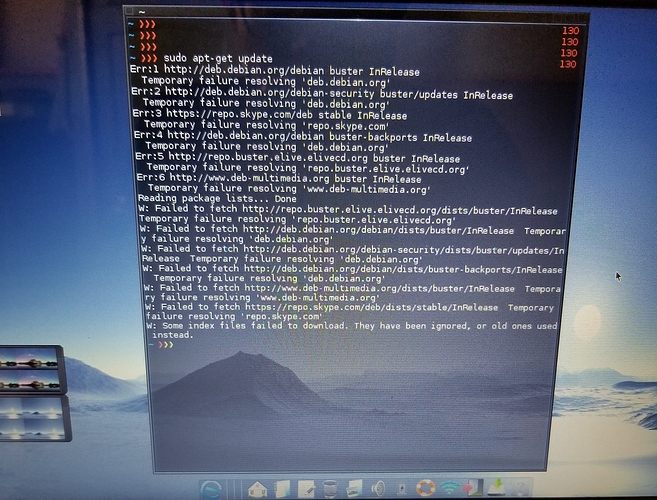 Next point:What does the nasty canon printer do?

BTW
There's a nice shortcut on Elive for "sudo apt-get update" and upgrade combined, it's "apug"`

To see more do "alias |grep apt" or simply "alias" in a terminal.

Next point:What does the nasty canon printer do?

There's a nice shortcut on Elive for "sudo apt-get update" and upgrade combined, it's "apug"`

To see more do "alias |grep apt" or simply "alias" in a terminal.

Thanks for the tips 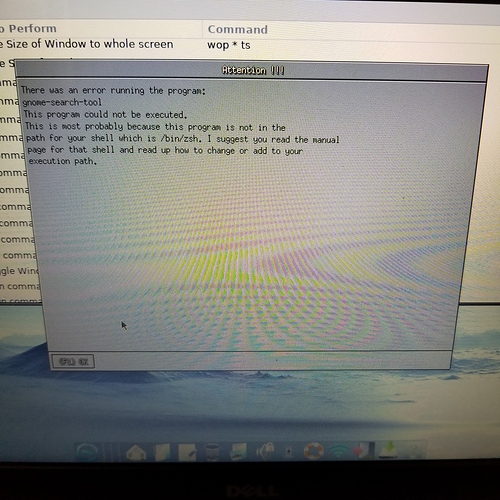 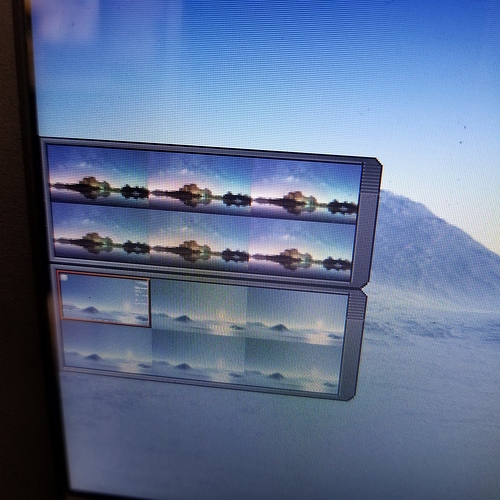 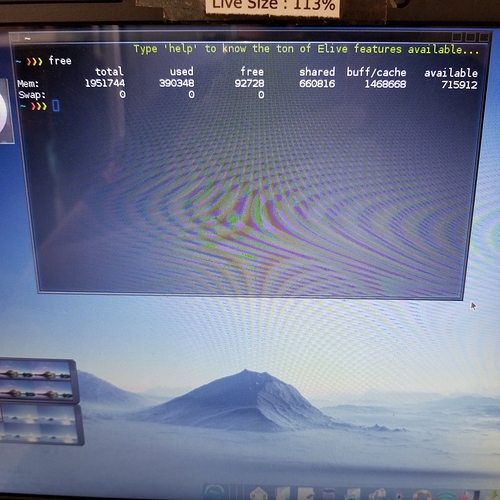 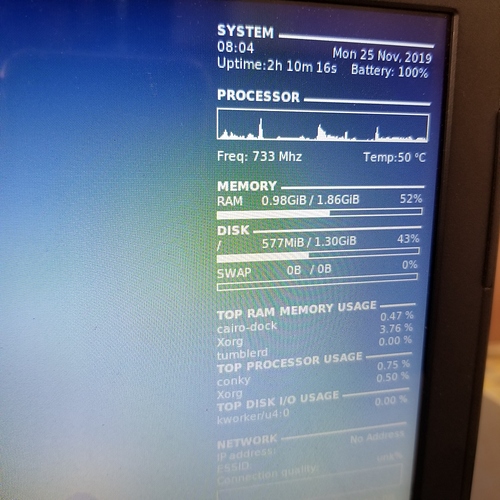 Could you check if the ip1980 driver problems are resolved by installing the 2 packages for cnij we created earlier?
When installing they'll pull in a few 32bit compatibility dependencies, I suspect.

But that shouldn't cause any problems

It isn't installed AFAIK.....not even sure if it would work as it should.

So, about the windows, does having these much session affect the ram?

No, it hardly uses any ram. Not worth the bother.

If you want to know what is really consuming RAM use "utilities" -> "System monitor" but it looks like you're going to be strapped for RAM any which way, using 3.7.16 ..... especially the modern web browsers are RAM hungry.
Methinks 3.0.6 Stable is the only one that'll give that Dell a workable new lease of life.

Could you check if the ip1980 driver problems are resolved by installing the 2 packages for cnij we created earlier?
When installing they'll pull in a few 32bit compatibility dependencies, I suspect.

But that shouldn't cause any problems

will check on it tomorrow, I think it will be just fine.

I think it will be just fine.

I like your optimism ...... I'm always prepared for the worst when it comes to software.