Just testing latest Manjaro KDE plasma desktop in Virtualbox, I was pleasantly surprised at how fast it booted (really, really fast) and how low it's RAM usage was.
Take a look: 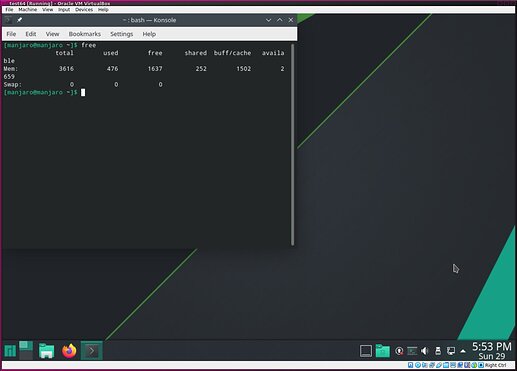 Like: OK, 476Mb RAM usage isn't at all bad and Plasma is really a very nice intuitive desktop. 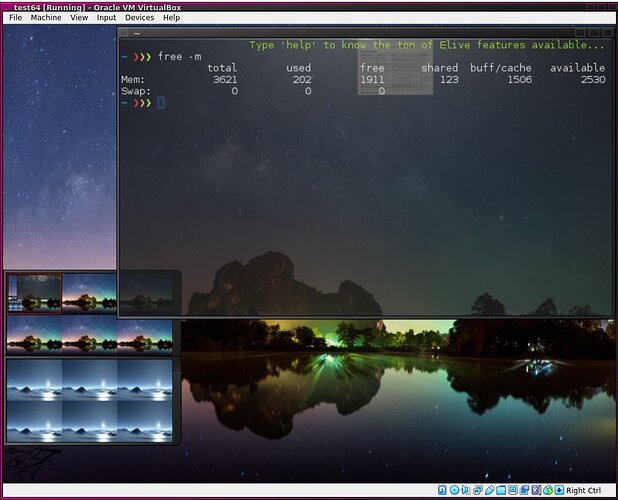 Albeit that startup was almost twice as long. That's something that might warrant a good scrutiny.

And then to top stuff up, Deepin Linux live version.....which booted very fast as well. 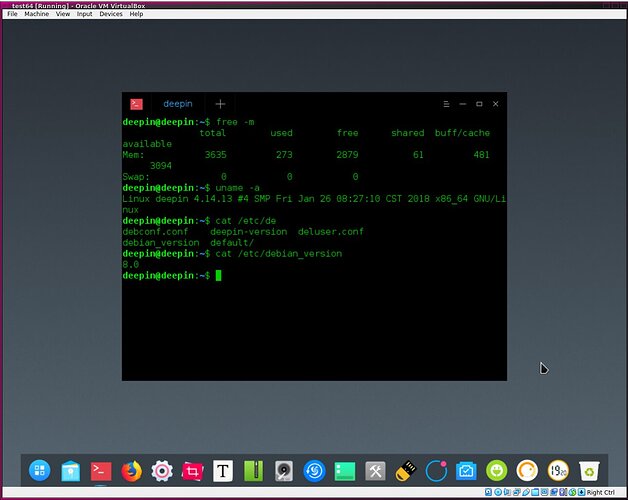 I like Deepin lately but the live version is on a parallel with Elive Stable 3.0 i.e only a notch higher with Debian 8.0 so hardly comparible to the other 2.
The installable version is Buster based with a Plasma desktop but alas no live version yet.

All in all it has some interesting GUI choices which we certainly should take note of.
Give it a virtual try if you've got time. :+1

The PinebookPro arm64 laptop with Manjaro Plasma desktop shows the same RAM usage .... so there's definitely something Elive could offer there ... as in not wasting resources.
High time I started looking into that again (note to self, actually)

And this is mem usage on my installed machine: 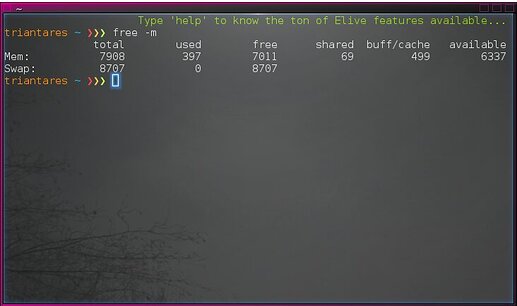 Amazing...
But you was not on bare metal,
do you think it is the same or different then?
(Don't know your machine and attitudes running vm's at all, so ..)
Kdrgds

The last shot is of Elive E16 on the bare metal machine that also was the host system.
It's a 4th gen Thinkpad X1 carbon with admittedly a few more startup applications running than a pristine Elive boot.
On the virtual machine I didn't turn on Cairo-dock or Conky as both others didn't have those either.

And like I mentioned, I've got Manjaro running on the arm64 pinebook with similar specs.

Interesting to see how all three distros see a slightly different amount of RAM on exactly the same virtual machine.

I just realized that you used different commands for getting info about memory usage;
I tried the same and I found stunning differences - taken at the same time.
See my example attached.
Do you think it matters using free and free -m ?

Do you think it matters using free and free -m ?

No, there should be no difference other than that the output shows a slight difference because of the metrics.
The -m flag is for showing in Mb and one can also use the -h flag (human-readable) to have an even coarser output.
Do "free --help" to see available options.

It's the old issue of either using 1000s or 1024 hops when calculating usage.