Sometimes people asked me “What is Elive?” and this is not an easy thing to explain for users that doesn’t has much idea about computers, let’s say, they don’t understand what means “operating system” or they don’t know that it can be changed

So one of the things that I have always wanted to do is to make the website of Elive explaining easily “WTF is that?” for these types of users, so since Elive can be used as friendlier than windows by anyone, it is somewhat needed!

Goal: if anyone that never installed an OS in their computers enters in the website, they should be able to understand what it is about, and perhaps, wanting to install Elive

In a communicative sense, this small and simple thing should be put before everything (before “What is Elive” with detailed information), to leave a gotcha feeling before to dig deeper in the rest of the website

That is why I created a small animation as the first element of the website, please check it and tell me what you think

Every suggestion to improve it is welcome, like better messages / wording / sentences, images, animations, etc… it is pretty simple right now (which is good!) but I can add more animations or change any concept entirely

My first impression, as always is that I’m impressed, impressive!. There’s always a “but”, though, when I say that.

When the text jumps to " Elive is based on Debian …" you really make a massive jump. That is: understanding that you’re dumping Windows in favour of Linux and on top: a Debian flavoured one.
I.m.o. installing Linux and then choosing the Desktop Environment are 2 very separate steps, steps a simple Windows user does not even realize exist…so tread softly and be as expletive as you can. After all you are trying to entice people away from what they (think they) know.

Well, not exactly “from windows” (it can be from other linux distros), but I used the windows logo on the animation as a simple concept of “replace your OS” (and easier to understand for those who don’t knows that windows and the computer are two different things)

About the Debian part, that is different thing from the slider / animation part, but yeah, it stills on the same topic, I think that it can be summarized in these 3 parts:

Talking about Debian in the 2º part can be a bit of advanced topic but is also to reference it as it is a good base system on which is built on (also, 99% of linux users already know that and searches for that information in every distro), so hum…

Yeah this sentence can sound a bit complex maybe, suggestions?

Elive is built upon Debian and has a customized Enlightenment for its desktop, ensuring it to be very stable and reliable, offering a beautiful lightweight interface.

I personally would change " we provide a very intuitive experience where anybody can use it," to:
" we provide a very intuitive experience which anybody can use,"
Other than that, I think everything is very well written and I think the banner on top is a lot better than the office scene.
The header “And turn it into a better machine!” gives the impression there’s a prior sentence missing. I actually tried to scroll up to find it.

Simply “Turn it into a better machine!” would be clearer and i.m.o a stronger message.

As for using 4 different text colours and fonts in the header, I’m not so sure. My teachers at the art academy would’ve advised me to shoot myself if I’d come up with that. Then again … we didn’t have computers in those days (the late 70’s) for (colour) publishing.

" we provide a very intuitive experience which anybody can use,"

The header “ And turn it into a better machine! ” gives the impression there’s a prior sentence missing. I actually tried to scroll up to find it.

It was a prior sentence but it was removed heh, how it looks like now? (also included the “Elive” name on the concept)

Yeah im not very convinced about the strongness of the second slide, I think that it should give a more impacting feeling of “your machine will be more powerful and better”

And maybe change the order because of the word length (bam, bamm, baaamm!!)
Fast
Intuitive
powerful!!

I’m wondering what if I put some of these (emotive) emojis:

In the end after all the words, something like dancing around happily, it can give somewhat a nice / strongness feeling

The question being asked is “What is Elive?” So our welcome page begins by explaining what it is; unfortunately we answer it by mentioning another new name Debian (which is not new to us). I think it is comparable to being asked what a lion is, and the answer is like, you know what a zebra is?

You may want to explain or introduce Debian in a short way – not too distracting-- like borrow something from their homepage or so. Short and to the point, but that’s it; return to Elive right away.

The animation is nice, but I think that the PC in there is more than fifteen years old. Maybe a more recent desktop model?

Yeah that’s why I suggested it to like this: Elive is built upon Debian and has a customized Enlightenment for its desktop, ensuring it to be very stable and reliable, offering a beautiful lightweight interface.

Does it sounds better?

the problem becomes what is a debian? Elive is based upon debian --a free operating system for your computer – with a rock solid reputation for security, stability, and reliability. And Elive features a custom desktop environment; a beautiful and lightweight interface called enlightenment

Everything else works after that; leave the page as is.

I added a few emojis and I think that it looks pretty cool !

Almost everything I have to say is covered above. But you know me, I can’t get my fingers away from the keyboard when I see a question mark.

The Image is … huge. I mean the size. Here I get 0,6MB/s downstream (in Germany, near the center of a medium sized town, on a business-contract with the provider). As mentioned before, If you only see the last part of the gif (because you have to wait and read Dilbert, Sinfest and XKCD in other tabs, meanwhile), if feels there is something missing. Only because I’ve read here it is an animation, I’ve reloaded the page and saw the whole thing.

Below the new banner:

[… Enough? Of course not … …]
There are a lot of boxes, but no box is saying ‘be part of it’. Especially new users are not aware, that they re the power behind Open Source. Many people are used to think ‘If I only could pay someone to get my wish done’. Maybe Elive should explain that money is only one part of the whole process of improvement. (But maybe I just overlooked the box).
[…]

The Image is … huge. I mean the size. Here I get 0,6MB/s downstream (in Germany, near the center of a medium sized town, on a business-contract with the provider). As mentioned before, If you only see the last part of the gif (because you have to wait and read Dilbert, Sinfest and XKCD in other tabs, meanwhile), if feels there is something missing. Only because I’ve read here it is an animation, I’ve reloaded the page and saw the whole thing.

I agree. The banner is “over the top” and not actually doing what it is supposed to do. Namely a visual quick introduction to Elive. The jumping emoji’s only distract from the reading.:
Methinks it should be simplified… short, clear and pretty…

I like the ne home page
But recently as I was trying to read about block chains, lumens, bitcoin I ended up on this site 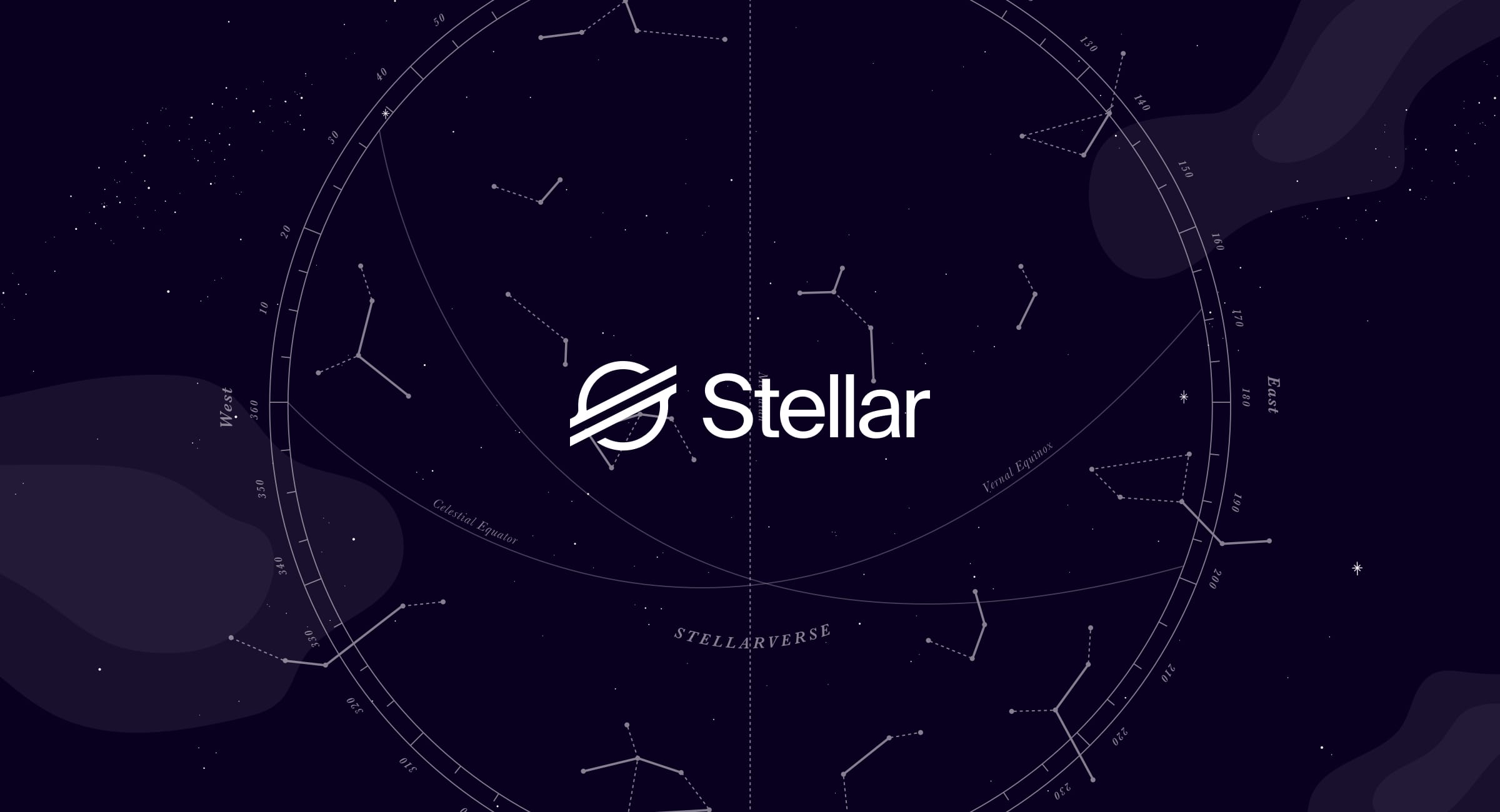 Stellar - an open network for money

Stellar makes it easy to create, send, and trade digital representations of all forms of money—dollars, pesos, bitcoin, pretty much anything.

I am not saying Elive's site it not good, it is way better from what it was.

But if a site is low, to long to load pictures, to many Bells & Whistles, I like the experience a little less. Samething a a messy room or clean room ( I have 3 kids LOL)

Which direction should you/we go for the site ?

I am not a marking guy but I suppose it depends who ELive is targeting.

Yeah a lot of these bitcoin* websites has a very nice design (they need to attract so that people buy their coins), this one reminds me a bit to dropbox style

I am not saying Elive’s site it not good, it is way better from what it was.

Which direction should you/we go for the site ?

Well, it should be a good mix, not a boring site and not too much bells and whistles, but it needs some since Elive needs to show it (show its features), for that is pretty needed bells and whistles (animations, images, videos, etc). About speed, that’s another topic, wordpress is very hard to optimize to make it working fast but every small performance counts

I would not say these 2 options, but more like: Light to load, clean and organized, technical information available for experienced users only in an unobtrusive way (this means, from accordions for example, so it wont annoy with technical things to the normal users but stills available for advanced ones), and, with a nice show-reel / presentations / animations of the features that Elive has (that is very important since users don’t know / can’t know what there’s inside, specially new ones, and that’s a reason of “why to choice elive”)

I am not a marking guy but I suppose it depends who ELive is targeting.

A big percent are advanced users / geeks, but there’s also of very-novice ones, so it should have simple and clear explanations for these ones too

About speed, that’s another topic, wordpress is very hard to optimize to make it working fast but every small performance counts

Frankly, I tried Wordpress for a while but found it extremely frustrating. Always NOT doing what I wanted it to do. Or even worse … just a tad off and when tweaking that little extra bit it starts breaking all sorts of other stuff.

I think a straightforward index.html that loads fast with a short introduction is better… and then offers video’s and expletive texts by choice through clicking or scrolling.
After all, we are talking “user empowerment” here so the website should reflect that.

I want to move from s9y as Blog. I don’t have time to maintain SQL, PHP, … And the risk to use an older version is too high. Even if there are no customer-data to find in my private webserver ant the passwords are unique. But I also don’t want to be part of a botnet or entry point of a CrosssiteScripting Attack.

So I’ve read a lot about Jekyll, a static site generator for Websites/Blogs, written in Ruby. I am not a Ruby expert, but it is quite simple.
And I’m about to write a converter from s9y to Jeckyll. To be honest, to Copy and paste any article by hand, I would be ready, weeks ago … But where is the fun? Automate all the things!

Maybe it is worth to take a look for Elive, too: https://jekyllrb.com/
I know, Keyra isn’t a fan of github. But the system will work on other git Server, too. 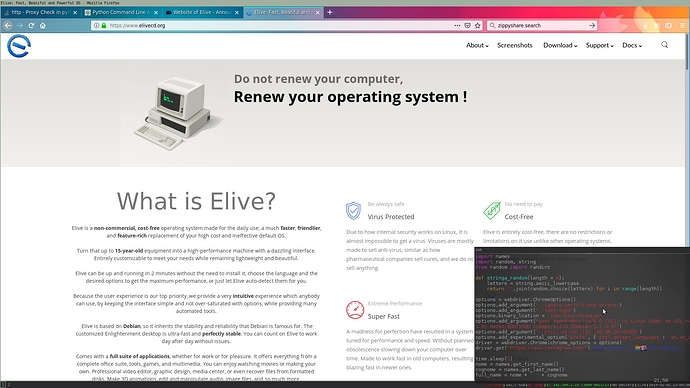