I’m sitting here with a laptop that is about to give up the gost, I installed Elive out of desperation. Having used minimalist OS’s in the past I have always found them clunky unattractive and lacking, always needing an app that isn’t installed and so on.
I just kind of sort of knew that installing a 32-bit system was going to suck but my laptop just want handle the bloat anymore so I jumped in hoping to limp by until my Nuc arrives and I can get back to the latest greatest bloat. (probably Manjaro)
First observation was this Elive looks pretty nice out of the box.
Anytime you make a change particularly desktop changes such as gnome to kde, or on of the lighter desktops you have to hunt and peck your way around until you figure out how it works and most importantly how to find what your looking for, it can be frustrating when yesterday you knew where everything was.
Elive is different, but well thought out, for a simple user like myself it seems to have pretty much all the apps I need, I’m having a hard time finding something to grip about.
Now back in the day I actually bought box linux distros, red hat, mandrake, and yes I still have Corel in a box somewhere, you could buy them in Books a Million and places like that, I haven’t bought or paid for linux in years though.
Don’t get me wrong I’m no tower of power in the linux world, I like easy, the less I have to think about it, the easier it is I’m happy, I used to use the command line all the time because I had no choice but I have forgotten most of that stuff now cause I just don’t need it, did I forget to mention, I’m lazy, these days I expect linux to just work no muss no fuss thank you linux, and it does if you stay away from BSD

I haven’t really use Elive enough yet to really “know Elive” but I’ve seen enough to know it just works, thanks Elive.
I really would like to see a 64-bit version, for that Nuc newegg is sending me as we speak.
Elive revived my laptop that was totally choking on Manjaro, it’s got fresh legs now.
Newegg really did just get my spare cash but yesterday I sent a small donation anyway cause I think you earned it, once I recover from my latest purchase I probably will send another one.
There is no way I bought a Nuc, 8i5, 16mb ram, 500gb ssd drive to install a minimalist distro on it but I suppose it will have Elive among others on it, but It want have Windows 10, I have better uses for $100.
I think you have done a nice job here.

Thank you for your kind words and testimonial, unfortunately Elive hiddes so many features inside and they are not very well known, but I should improve this on the website sooner or later…

, and there’s good and bad news about that:

Just for the fun of the record… 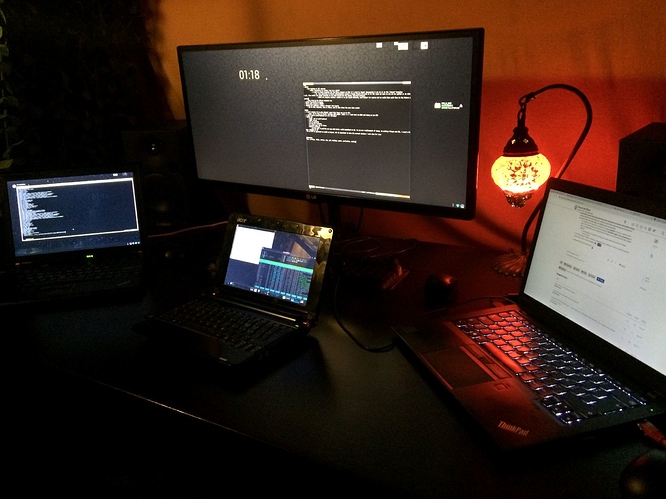 This is an awesome news

Thank you for your words @rbrick49 and welcome to the forum!