How To install Elive on "vintage" Mac hardware

So, I finally got a black (!) MacBook Intel Core Duo.
This one will be the victim-machine for Elive installs on a bare metal level.
.
Lately we had here at the forum some requests for a How To Install Elive on these machines.
.
So, don't chase them out, if you got one ore more of those - since they are still a great piece of hardware - they run very well with an up-to-date Linux on it and can become even comparable to newer computers;
will tell you more details and
create a detailed step by step install guide tailored to work with the latest Elive release, additionaly a recommendation for some useful apps for former Mac-users...
.
A little patience, please - it takes some efforts and spare time to get it done.
In case you do need some hints immediately -
just post a request right here.
.
Hopefully @triantares will assist a bit with grammar correction then

And eventually, on this machine, you can run Elive under Libreboot..!?

.
Actually this won't be possible as long someone
likes to deal with the firmware rom on the hardware level, ain't me and so the answer is
no.
.
But, if you are interested to modify the so to say
Mac BIOS, you can find several hacks for the OPEN Firmware on Mac and also some hacks for the kexts (software level, much easier) - with these you can let pretend your Mac to have other hardware, serial number, product category and so on; google for Hackintosh, Tony Mac and such -
but be aware:
You can easily become addicted to this crazy hot stuff... You was warned

.
(Was it not you, who is familiar with MorphOS ___ so may be, you know far more about all this crab than me, mhm

Yep! But MorphOS (a just fresh edition with a new browser, btw) is PPC only & I haven't some of those early intel Mac to play with free bios...
Ole!

Here's a head up -
the hardware arrived meanwhile and I could upgrade it to the maximum...
.
I couldn't resist to order that MacBook Pro 2006
(actually a 2007 build with an additional Firewire 800 port) - because of its mint condition (unbelievable clean & neat, all working for around 50€...)

.
The other one is, as announced earlier, a black!

MacBook, also a "late 2007" build, but a 64 machine already.
.
During a test setup on the MacBook Pro 2006 I realised (again) that installing Linux on that model can become a real nightmare because of its hardware limitations - for sure a bit too much for an average user, especially when this person
is a Linux novice.
And so
I decided to do the Elive setups on this awesome
looking bunch of outdated hardware.
.
By the pic below you can get an impression of:
What may goes wrong will definitely go wrong -
so, Rebel had to regulate!
.
In the near future I will come up with a
.
How To Install Elive Linux On MacBook Pro 2006 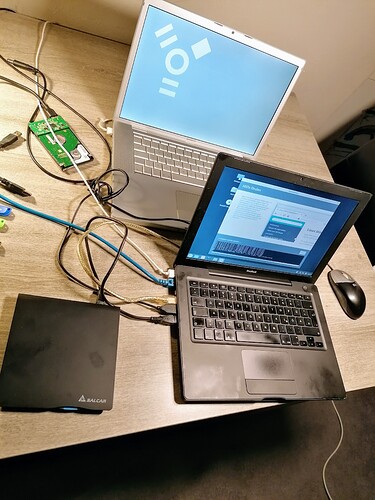 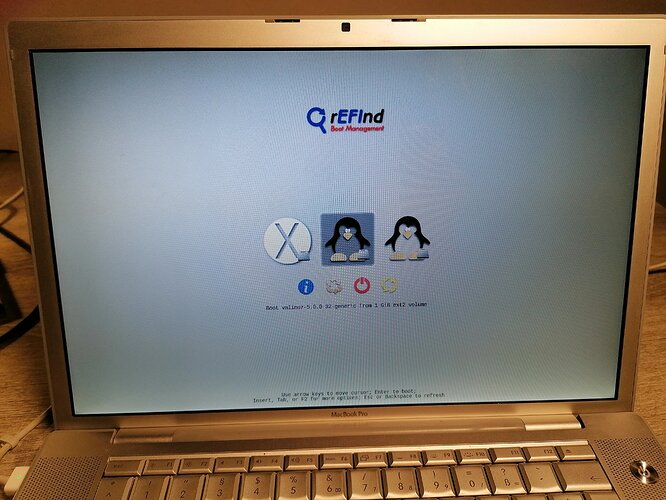 NAh.... above is the EFI bootscreen;
see below the max resolution 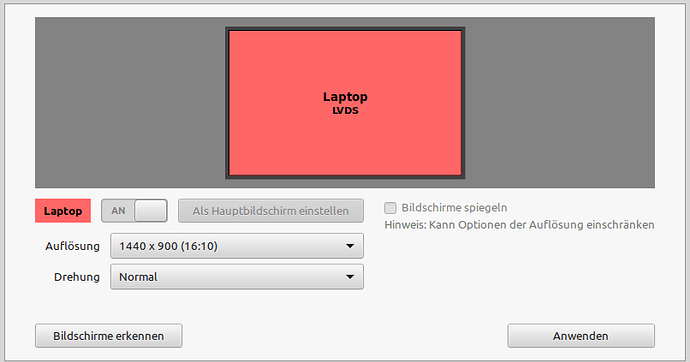