On E24, I have the omni tool that show itself like an invisible window with the background in it.
I can see the window, but everything inside is invisible but the background.

An image is worth a thousand words : 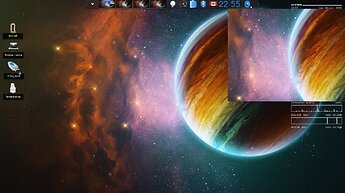 The omni is functional. If I type a valid command it will execute it. But if there is an error the message is invisible.

The omni is functional. If I type a valid command it will execute it. But if there is an error the message is invisible.

I'm very in the unclear what the benefit of this is, could you explain why you use it?

I mean if I want to see error messages I'll open an app on the command line and I certainly don't want an unused running app take up screen space, I'd prefer it to be minimized or moved to another desktop.

Admittedly, it looks visually pleasing on your screenshot but it partially blocks out conky too.

BTW
Where/how do you install omi? I can't find it in the repos by name.

Shouldn't the GPU be able to do better than that?

This is a laptop and the native scree is 1366x768. must be at least 8 years old.
I think the omni is also called "everything" and it's part of Enlightenment.

You can configure it in the configuration enlightenment tool 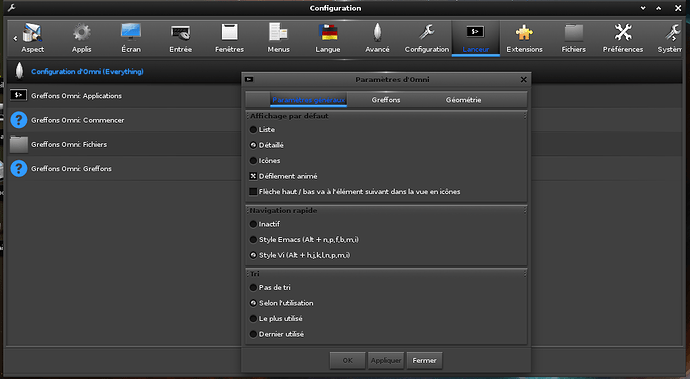 OK, that's understood .... "omni" is the French version of "everything".
I use that a lot but never have a blank window like you show there.
In my case I get this: 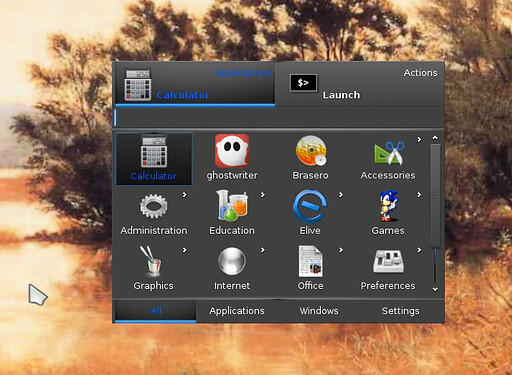 So maybe there's something very wrong on your install.