Promising replacement for Gnome-software-manager (NOT)

I personally haven't really tried it yet as I'm perfectly happy using the CML but this looks very promising.
I ran it and tried changing it but it doesn't amount to much alas.

On start-up it only uses 70Mb of RAM opposed to gnome-software that requires about 700Mb (it doesn't index, which has it's pros and cons) ..... So even if it doesn't make a great diff in usability, this fact alone is reason enough to adopt it over gnome-software-manager. 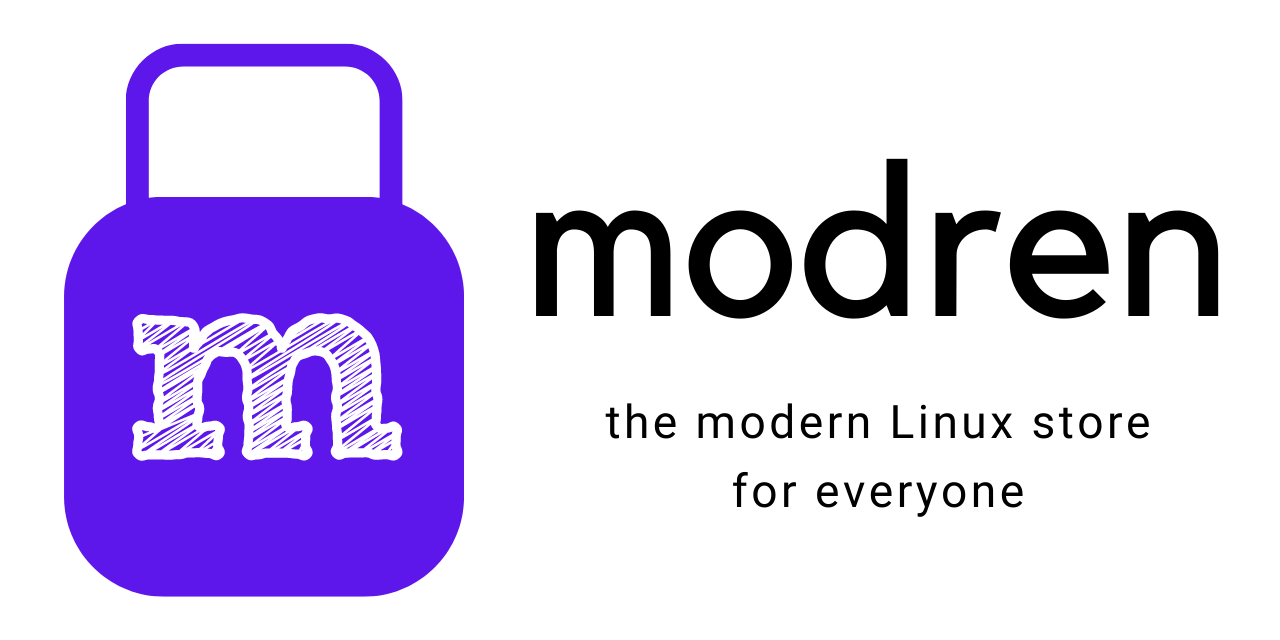 A modern store for Linux users. Contribute to RudraSwat/modren development by creating an account on GitHub.

A big downer of Gnome-software-manager was/is that it didn't incorporate specific Elive repos ..... We'll see if 'modren' allows for that flexibility.

It's still very rudimentary but that also offers opportunities IMO albeit I'm not too happy about it being in javascript .... but that's probably inevitable.

To run it, simply download the 'appimage' from Releases · RudraSwat/modren · GitHub
and run it using 'elive-run-helper'. N.B. it doesn't need or even work with admin privileges.

the interface looks very interesting and friendly, this is a very good point, but there's a few notes to know:

It would be much better if is already integrated on debian as an option: Debian -- Package Search Results -- modren because on that way it will have already some patches or needed things for the correct work of the tool (if is not included, we may ask in # debian IRC channel why it is not included, they may also suggested other tools too, i don't know what other users normally use

Note: After a user on a very low-end machine reported me that the software manager doesn't works at all on his machine (I think requires good enough of ram) I have recently updated the installer to allow a different package manager (gnome-packagekit), on the special menu that appears when the machine has not much resources (the one that ask you to replace the office suite, terminal, or to switch from pulseaudio to alsa)

The 'issue' is that all/most package managers like 'software-manager' need to index the available packages to be up-to-date, on every start up.
So, similar to Dropbox, there's quite an amount of CPU activity. The user in question would require a tad of patience for the indexing to finish or use the Debian repositories directly.

The manager introduced here is only just starting up and has no experience with large repos yet.
I'm waiting it out.

"gnome-packagekit" is included in the installer as an option for lighter alternative to gnome-software which seems a bit bloated in resources and also features, gnome-packagekit seems simple and fast, this option is also needed to make a software-manager run in low-end machines, actually @peixe80 was not able to run gnome-software because was too heavy for his low-end machine, but he had a bug updating e16 from it that I don't know what it happened

If you* guys can betatest gnome-packagekit as a software manager alternative could be good, I'm also thinking to include it by default in the 32bit version (remember that the 32bit version is a good demo of the 64bit version but also its real purpose is to be a lighter option too, old computers don't need to be 64bit, they need to be light, so the selection of packages are a bit modified on this one too)

actually @peixe80 was not able to run gnome-software because was too heavy for his low-end machine,

yeah I followed that thread a bit.
I think there's more going on there.

I've got a much lower spec machine running fine (despite HD shakes) and it runs 'gnome-software' no problema. It's the Acer Aspire 3610 I mentioned in another 32 bit related thread and it runs the stock Elive configuration, including 'cairo-dock' (but not

As said there's quite a bit of CPU activity on start-up (apt-get, packagekitd, dpkg and gnome-software) but not enough to freeze the machine.

It does freeze E16 (specifically 99.3%) when sending the 'shutdown' command while the 'software-manager' is still open and 'gnome-taskmanager' is open (Through Ctrl-Alt-Del) too. The latter hijacks the pointer.

But that will be a separate thread later ..... after I make a backup of the failing disk.

that's another thing, an important bug in the installer which has been fixed

It does freeze E16 (specifically 99.3%) when sending the 'shutdown' command while the 'software-manager' is still open and 'gnome-taskmanager' is open (Through Ctrl-Alt-Del) too. The latter hijacks the pointer.

hum, elive has a fix in that, if a package manager or something similar is running it shows you a message saying that you need to wait that these tasks are finished and that elive will shutdown automatically when finished, if is not the case, it should be added (it only detects apt, dpkg lock maybe... i don't remember)

, if is not the case, it should be added

There's something else going on there with the machine.

On every start up I got nagged about the HD getting knocks (and I can hear them!) but I've installed Stable now (E25 wouldn't run on Beta) and everything runs just fine, including the HD.

There's something to be said about running a machine on software from the same era it was built.

If seeing an opportunity, I'll replace the HD and try again to test.

but im confused, you mean that these knocks are when running that application?

maybe is some daemon (s.m.a.r.t.) doing a health check of your HD?