Youtube-dl should be replaced by yt-dlp

I noticed 'youtube-dl' was extremely slow in downloading (about 50-60Kb/s) and after some searching found it has been superseded by 'yt-dlp' that downloads at ca 16-17Mb/s on my connection.

I recommend using 'yt-dlp' as default.

Just do 'api yt-dlp' to install.

@TheTechRobo ... you might consider doing that for the youtube-dl GUI too.

Yeah, yt-dlp is 10x better. I think I said that in the youtube-dl-gui thread.

I use it a lot myself.

Just do 'api yt-dlp' to install.

Don't do that, use pip. Debian's repos tend to be quite behind, no? 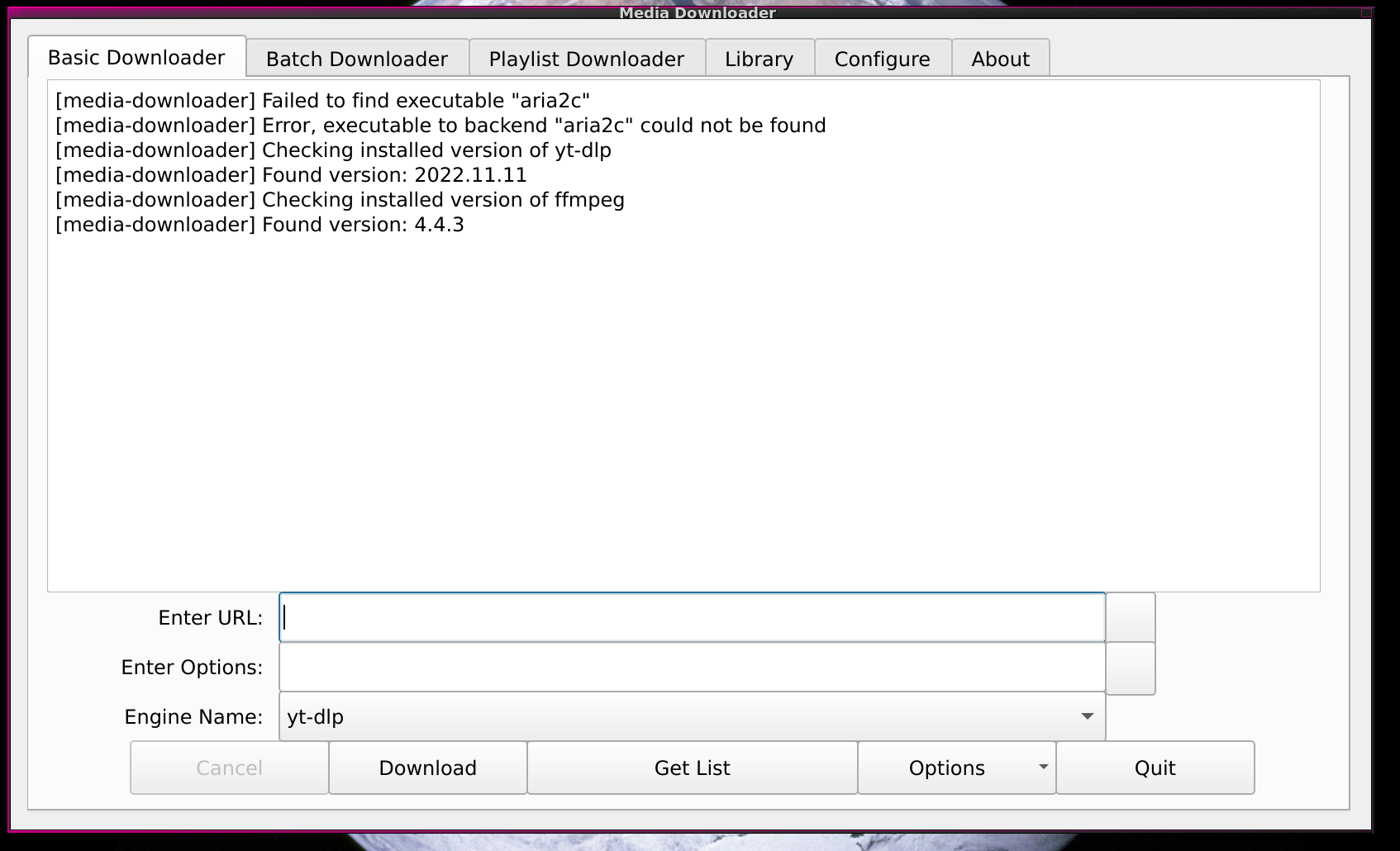 It seems to look for 'aria2' first, which I haven't got installed (it's in the repos) or ever tried to compare ...... have you?

Didn't know aria2 can download videos. As far as I know, it's a multithreaded downloader. It uses multiple server connections to make it faster than things like wget and curl.

Thank you, yt-dlp is already included for the next builds

And don't worry about the "videos / music download", elive included a just new fresh feature for that much better, you will find it in the (just published) elive-upgrader (type "download video" if you missed the details of the changelog)

For those who don't have a smartphone handy (or don't fully get what is actually offered here): 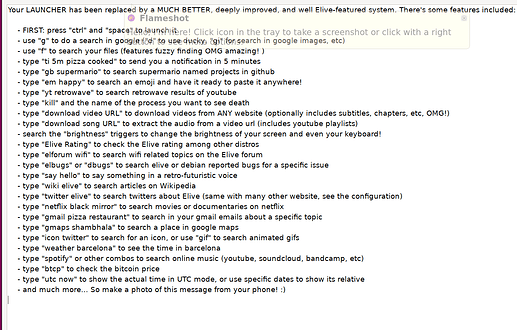 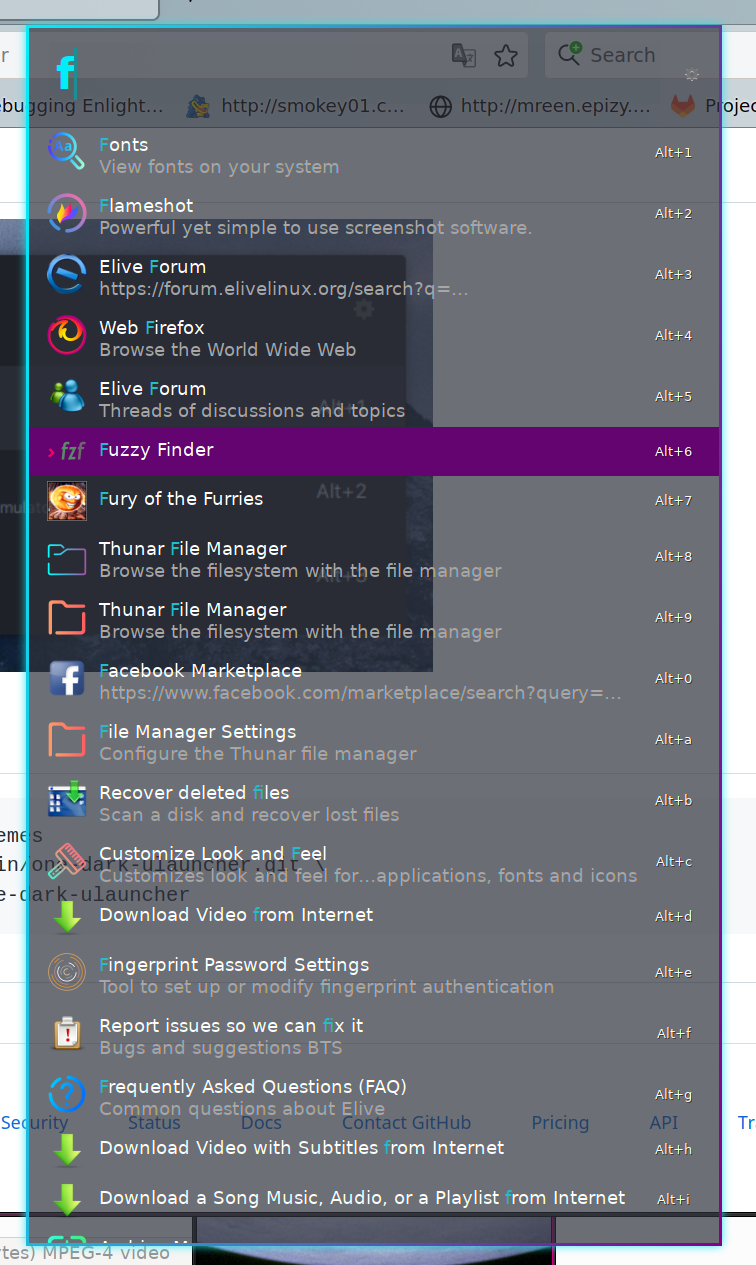 All in all 'ulauncher' is almost a full DE in itself, especially considering the extensions....and could replace 'rofi' on my dock as a starter, albeit not as nicely theme-able (yet).

I'm actually quite happy with 'rofi' as a starter. 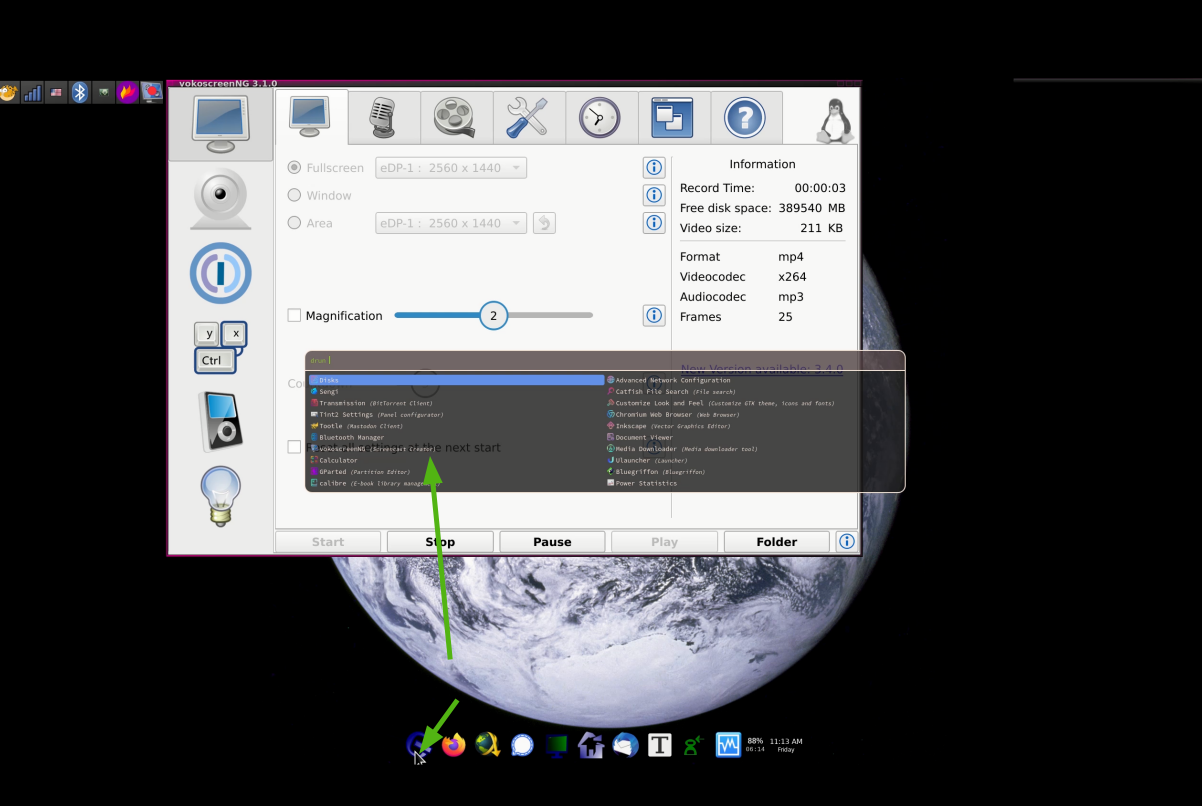 For whatever reason ..... Like when I optioned for "bitcoin price" (No, I cannot reproduce

) there's no way to make it go away using a key like 'Enter' or 'Escape' or even 'xkill' because 'ulauncher' has hijacked the cursor.
What does work is using the command 'killall -9 ulauncher' from a terminal.

have you see that the border "blinks"?

perfectly in the retro fashion

All in all 'ulauncher' is almost a full DE in itself, especially considering the extensions....and could replace 'rofi' on my dock as a starter, albeit not as nicely theme-able (yet).

yes it is customized in a way that is not only a launcher but a very complete tool, i would call it "actions" instead of "launcher" because it does many things, one of the most amazing features it has is the "f" finder, so fast and perfect to search files in realtime

seems like there's a kind of bug for the script ones where that if they are slow, the ulauncher "waits" for it to finish, the only way i have found to run the script ones in background is using the elive-featured "tmux" launcher (see the code in the Lock one), so maybe the bitcoin price takes some time in your side (curl not allowing to fetch the contents?), i just added a timeout of 8 seconds to that curl in case it freezes for more people

I just published this as a "new feature in the forum": Introducing the new desktop Launcher . Note that now elive-news will show you the news from the #announcements:features section, also with the last upgrade there's implementations in your cron system, this means that it is not needed to be re-login in your desktop to enjoy elive-health, elive-news, and elive-upgrader features

Yeah, that's not a bad idea.
I was referring to the Launcher in the dock menus (like cairo-dock) that actually duplicate the click-menu on the desktop in E16.
It would be more sensible to have something like 'ulauncher' (or 'rofi' for that matter) to pop-up from there ..... adding functionality in general to the desktop.
I'm not sure (yet) where 'ulauncher' searches for apps but I suspect in '/usr/share/applications', meaning that apps not in there with a .desktop file don't get shown.

Yes it searches for apps, and yes that sounds like a good idea, but the only issue is that they are "well organized" from the menus (especially the cairo-dock one more than the e16 one), so someone searching especifically things on the Audio tab will find it easier there (or just researching "what is there to play with?"), so i think the best is to keep both features (yeah we have 2 menus now, but that's another topic, i think it doesn't quite hurt)

especially the cairo-dock one more than the e16 one)

So why don't we customize the E16 menu instead of using a 3rd party app like cairo-dock launcher?
It would seem the most logic thing to do, especially with Retro in mind.

IIRC we've been through this before.....a few years ago.

So why don't we customize the E16 menu instead of using a 3rd party app like cairo-dock launcher?

Because it works in an entirely different way, the standard for menus is to use an xml structure standard by freedesktop, but e16 uses "manually made entries", which fortunately there's a perl script that generates them called on each desktop start (the result is meant to look similar but is a totally different way to create the menus)