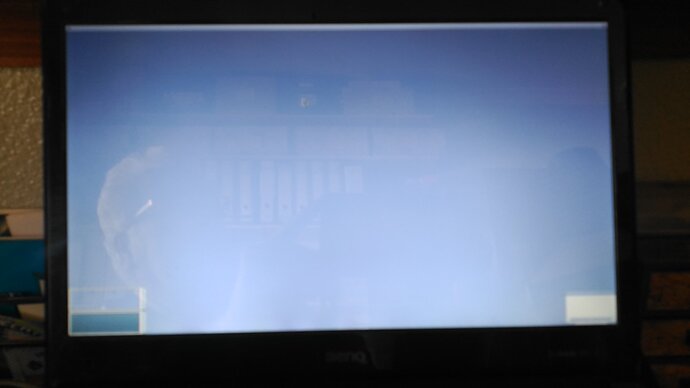 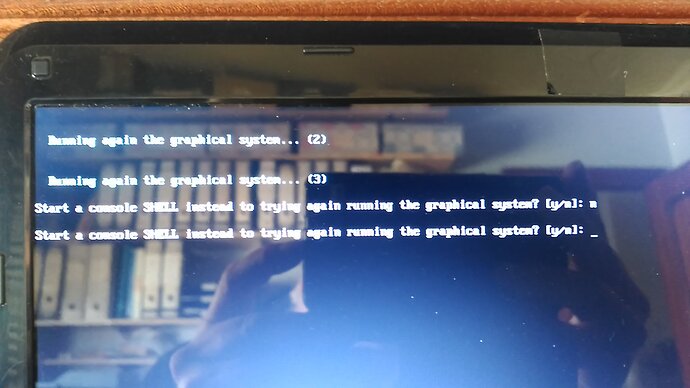 The second screen you've shown there is the archaic E16 screen. That's what it all started out with.

I can write a Howto on how to navigate there but that's beside the point.... it quite simply means that you (i.e your machine) has lost it's settings or more probably doesn't have access to them and is running E16 in it's original (almost prehistoric) state.

So all in all, persistence clearly isn't working for you.

As to why ..... that could be a lot of things ranging from a dying or badly formatted flashdisk to flakey scripts or faulty code.

I must to close system with power button

Hit Ctrl, Alt, F2 and subsequently Ctrl, Alt, Del and your machine will sync disks and if all goes well, shutdown/reboot as it should.

The issue should be fixed, basically run "apug" from the persistent system, and then after the system is upgraded, run the "restart desktop configurations" application from the menu, it should work after your next reboot

tip: double click on desktop to have a terminal

The just uploaded version 3.8.19 includes many fixes for persistence, so better to use this updated version instead

tip: double click on desktop to have a terminal

that's a FEATURE? i was getting so annoyed at it. (hard drive slow)

OK, it is downloading now
Thanks