There's some guides in the forum for modify e16 themes, but is true that most of the users don't knows how to do that, while in newer versions of Enlightenment its much more easy to modify that. But the true is that the default theme has pretty small fonts (which is good), but makes some people having difficult to see them

Just to make things easier for these users, I have included in the repos a modified version of the dark theme with bigger fonts, and for the same reason, this theme will be included by default in the next build too (3.8.8)

How to use it?

then press "ctrl + alt + end" to reload your desktop, and pick it from your themes menu list

or they are already too small by default? (i dont think so but...)

Great , Thank you. Much better. At least I can now see to make other changes

Are there any other themes available? I want to experiment with a lot of them

the most useful / usable / nice ones are the ones included by default in the elive repos, try all of them

Found a address with even more e-themes which are (if downloaded) in /home/"user"/.e16/themes

What a difference!!!! On a 34" widescreen its now pleasant for the eyes 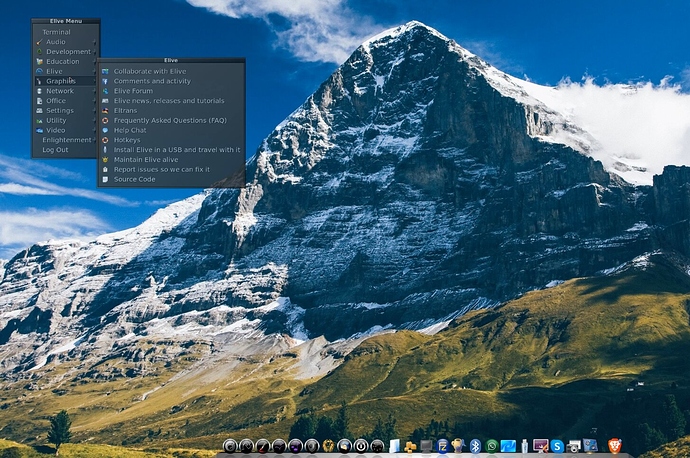