How to configure startup applications in Enlightenment

Depending on the version of Enlightenment that you are using, you can configure your startup applications in one way or another:

Stable versions of Elive up to the version 3.0

For a recent version of Enlightenment (E17 and higher), it is very simple and you have it directly on the Settings menus: 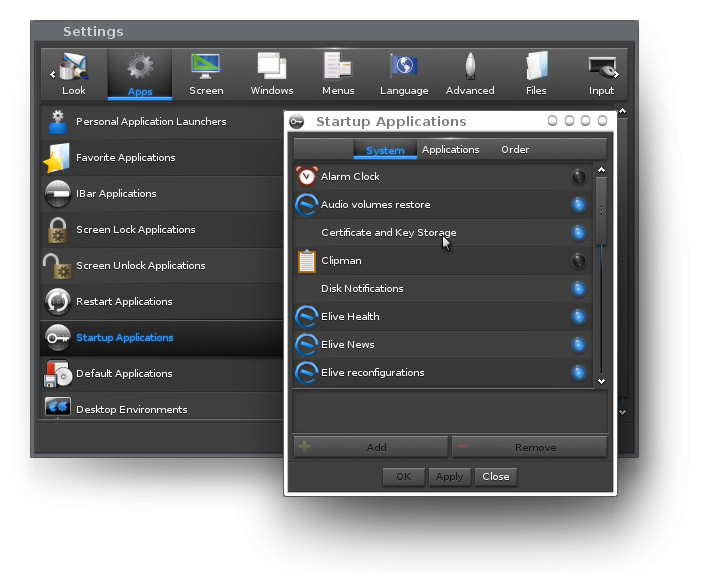 As you can see, you can add system-made features for your desktop, normal applications, and change the order to start them

Beta versions of Elive between 3.1.0 and 3.9.0, or special builds featuring the E16 desktop

This desktop is very differently made internally and it doesn't include such features by default, but Elive integrated it perfectly so you can enjoy it

When a new desktop configuration is created, it includes a tip about how to edit these startup applications, but in case that you missed it, is so simple as editing a file like this:

How does this file work? very simple:

There's a separate howto for that here: How to launch an application on startup (E24)