How to leave the screen Always on

I'm testing elive 3.18 but I do not understand how I can leave the screen of my PC always on. Can anyone help me?

The only way that I can think of is E24's "presentation" mode.

Try the "laptop tools configuration" or something like that...@Thanatermesis can you save me?

Another possible solution (which I use) is installing xscreensaver (thru synaptic Manager) and have it reside in /home/"my username"/.e16/startup-application.list. xscreensaver is in /usr/bin/xscreensaver I put the max time to 720 min; for me works like a treat 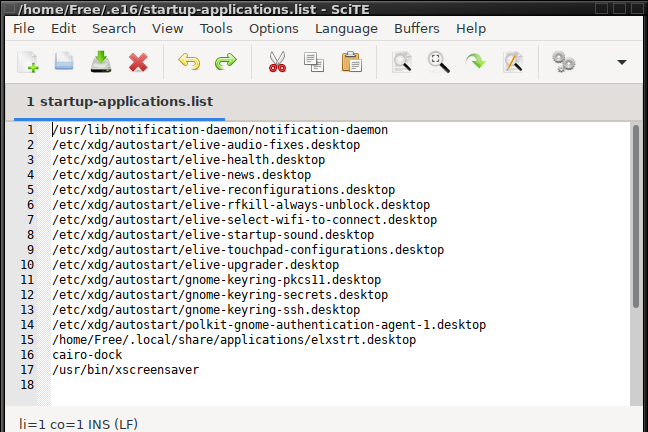 Its not the most elegant solution, but works for me on a 34" screen

Hum, the DPMS (screen blanking) can be managed with the xset command, it is not tested, by try with this command to see if works:

and replace the xscreensaver line with the "xset" example command, then reboot and see if worked

I think that this option must be the default setting for the E16 desktop, since there's not a specific configurator, what do you* think?

Hi @Thanatermesis,
Took the xscreensaver out of the startup-applications.list and insert the command you suggested
I guess "xset dpms 0 0 0" doesn't have a timeout

Let you know what the result is.

edit 3: Just looked up xset ; is there anything I can do anything with this?

Screen blanking is not set by the display manager (Xorg or wayland)...... my laptop screen also blanks after a while if I'm in rescue mode or TTY-1.
That setting is somewhere else and I suspect it has to do with power saving.
You might want to add the following line to .bashrc (startupapplications depends on X11 starting up):

or alternatively, try this one for "xset" in autostartapplications:

Hi @triantares,
Took up your alternative and put that in the startapplication.list and that did the trick
Thanks a lot for your input; at 71 I'm still learning ... 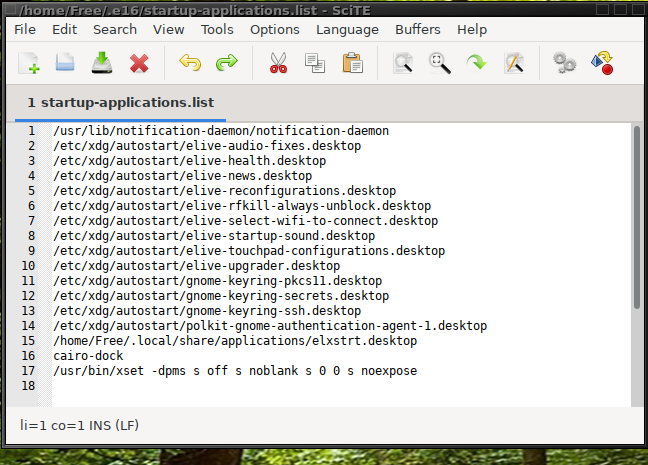 yeah, console blanking is a different blanking than the one of your graphical system

So, this command is the good one to disable blanking entirely on the graphical system on e16 ? (if so, let me add it in some parts of the system

Ok, maybe is not the best place but for now it is added to elive-reconfigurations (a startup script) which disables screen blanking by default in e16 desktops

Since we don't have a better way to configure it, its in any case better to simply not blank the screen to the user by default

UPDATE:
just run "apug", your screen will be not blanked anymore, no need for an entry in startup-applications

Since we don't have a better way to configure it

We do if we go the route of having a screensaver installed.
The issue is which one as none of them are very reliable.

(what if you are watching a movie?

Not sure about "smplayer" but IIRC "vlc" blocks blanking.

do we should have a way to set the screen blanking?

make a tool for everything screen-related?

We might also want to install xscreensaver by default...i love screensavers lmao

The issue is which one as none of them are very reliable.

xscreensaver works fine on a raspberry pi 3B, and those things are underpowered!! It's also pretty reliable, I don't know about your experiences tho

I meant as being unreliable in relation to lock screen i.e unwanted access to a machine.
We had a similar thread a while ago and eventually opted for "i3lock".

That way you would lose your session and maybe your work. Gave it the option to start "xscreensaver" and the lock the session, you will have to install "xscreensaver" first for it to work.

This will still leave your ttys accessible, though but doesn't have the strange bug "dm-tool" has. Be aware though that it will keep xscreensaver running until you manually exit it with "xscreensaver-command -exit" So actually it has now become a choice showcase: either i3lock or xscreensaver. :f…