As I'm preparing for a short holiday away, I wanted to take my personal machine along with me.
So I decided I wanted that on a boot-able Flash disk for ease. 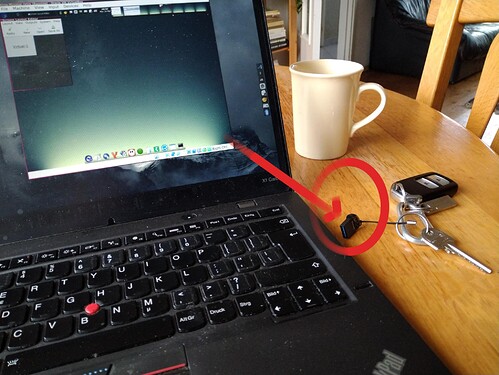 Of course I could've just written the latest Elive 3.8.26 on it and taken that along but ..... I find that getting persistence, customizing and getting my needed files on there as well as the 'long in the tooth' boot sequence, a bit of a drag.
Copying the whole existing system on my machine can be done but that's really big (254Gb) and frankly, It would be easier to just take out (or clone) the m2-sata disk and hook it up to a USB connector.
So I decided to copy a VirtualBox already customized version for that and..... Hey it's really dead and dead easy!

Just open a terminal in the 'VirtualBox VMs' folder and find the .vdi or .vdmk that is your harddisk image there ...... in my case it was called 'test64.vdi'.
And clone the disk to a RAW image (which I named 'min-retro.img') thus:
'VBoxManage clonehd test64.vdi min-retro.img --format RAW'

This takes a while especially because in my case it had a fixed size 32Gb vdi disk but there's a progress bar in % there.

My 128Gb flashdisk was larger than the original 32Gb image so first thing I did was enlarge the partition containing '/home' with 'gparted' ('gnome-disks' will do that too).
Nothing special there, you just enlarge/maximize the existing partition (even if it's mounted) and you're done.
So that was fast and easy enough.