I'm uploading now the new version 3.7.4, and it includes:

this version should be a more ready to use version, i would call it "beta" instead of alpha but since my recent data corruption using btrfs i wanted to still publish it as an alpha version, just in case anything was missed to include or similar 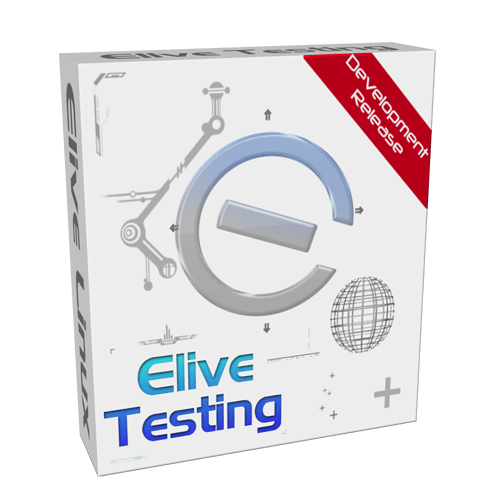 So do you suggest to upgrade my system over 3.73 ?
Or simply running those commands whould be ok

I just want to keep my actuel software and their config

this version has multiple improvements (like the listed ones), so yeah i recommend to update it

your confs will be saved

and thats why you should manually upgrade the cairo-dock conf (unless you are very happy with yours) like the previous commands, so it includes a default better setup (that you can see in live mode)

@vesteve58 in the same download link: Index of /betatest

and thats why you should manually upgrade the cairo-dock conf

Cairo never installed for me, on my desktop. And I never wanted to install it manually, was waiting for 3.7.4

Will run the upgrade...

Hello guys!!!
First of all thanks to @Thanatermesis for this new alpha that is very much optimised than previous one

After that test, I made a full installation in my Acer (remember only 1 GB RAM and Celeron M 1,6Ghz) and first thing I noted is the installer recommends to use BTRFS (don't forget to change this message in stable versions). As we know risk of BTRFS, I choice reiser4, crypt, and full HDD for Elive, automatic parted.

Installer runs fine, no problem and installed system starts. Crypt now works. I take a look and now I see that I have no more a swap partition, but a swap file (nice!): 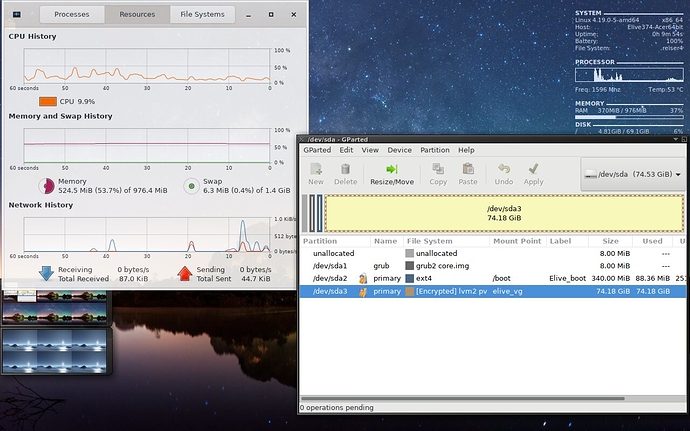 I make a web browser test to profit the clean installation with only 1 GB RAM (tomorrow I'll upgrade RAM up to 4 GB as soon as I pick up the parcel from store), the results of those test I'll write them tomorrow in the browser thread, but really, 1 GB RAM is obsolete today and in practice systems hungs up with two browser at same time and is being unresponsive... I must to shut it off and I see again the nicest Elive suggestions that I love so much! 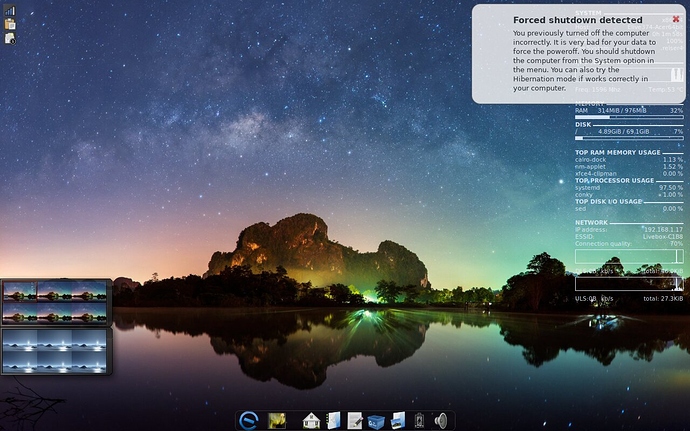 E16 looks better but I have the problem with keyboard module to switch between different languages that seems to bug (in 3.7.3 I had same bug): 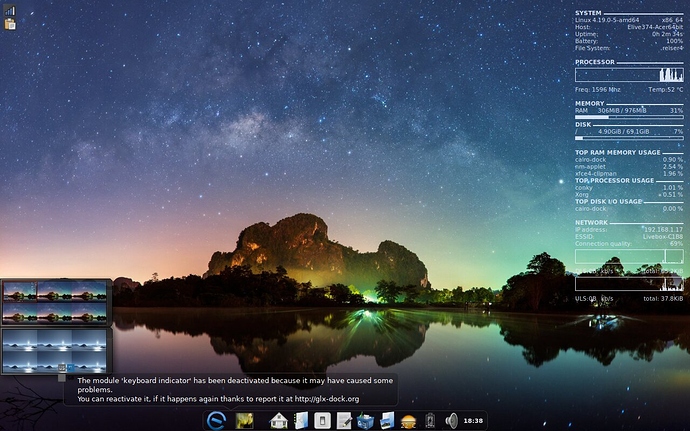 And I finally found the nice surprise that my battery has much more capacity (94%) than in 3.7.3 (76%) that is not a bug, but it shows that if we leave system plug into electric network for some days the new installed system recognizes the actual capacity of battery and established at those Wh the maximum level, so I hope that leaving system plugged 1 or 2 days more in a continuous way, next installation (I'll do a new clean installation as soon as I'll upgrade my RAM) would be nearest as full battery design capacity: 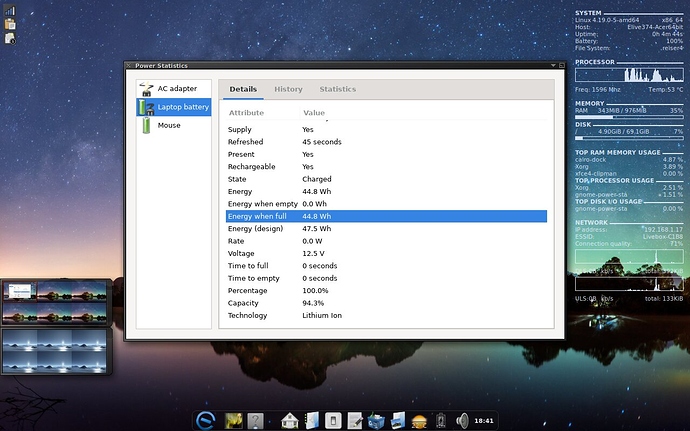 An those are my first impressions. I'll update as time as I work more time with this release.

I suggest for next releases to add FSlint tool to find duplicate files because for me and for @yoda is as practical as Unison. If not, it is at Synaptic, but no much people knows those tool very practical.

first thing I noted is the installer recommends to use BTRFS

updated messages, at least the ones that I have found

E16 looks better but I have the problem with keyboard module to switch between different languages that seems to bug (in 3.7.3 I had same bug):

what do you use to switch between keyboard-languages?

I suggest for next releases to add FSlint tool to find duplicate files because for me and for @yoda is as practical as Unison. If not, it is at Synaptic, but no much people knows those tool very practical.

done, included for next build

its a good one (and small app!)

I am not that familiar with " upgrade " in linux

And I am happy most of my apps just needed to be reinstalled but that the config folder for that app, was not overwritten by the installation of that app

Was not that long to bring back my station to as it was after the 3.7.4 upgrade

Yea YEa Yea, Cairo is cool I must admit

the only thing I am fighting with for now is Cairo
It again disappear I don't know where,
I "end" it, re-open it and I see it for a second going under " something "

OK I found it
It was on the 2nd DESK ( that has 6 other Virual Desktop).
My 2nd Desk was turned off

Cair dock advice for those using the Weather app 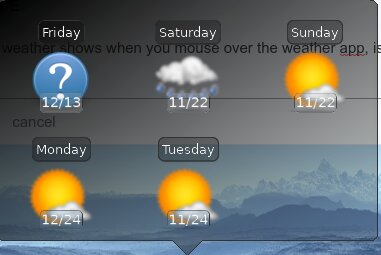 it will display the Shortcuts in a nice way : 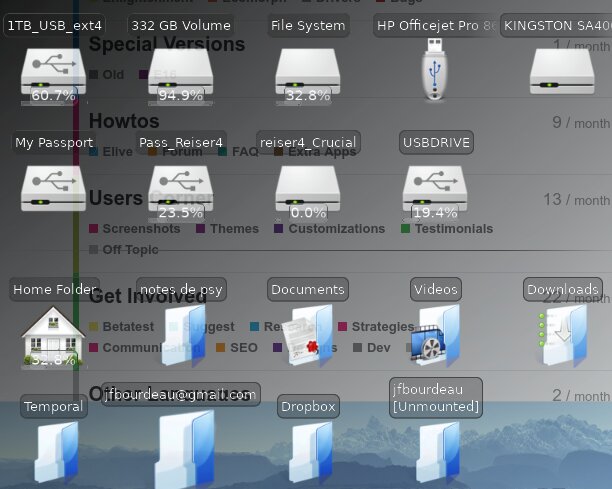 and the Cairo Dock compensate for a lot of " non important things" I needed / was used to
Weather, TIme( mouse over date, Clic Calendar)

Kudos - the changes you made to the installer have allowed install on the slow HP I had problems with before (920 MB available memory - but never got close to that during install). It took a while (34 mins) but installed flawlessly. Sound/controls, brightness/controls all work.

mmh, since these confs are not updated i recommend you the other combo said (apug, elive-skel upgrade .config/cairo-dock, restart desktop configurations). Then select GL mode and composite, it looks to work better (in most of the cases/times, i mean hardwares)

sceen / Desktop config was not kept but that is probably normal

actually i think the installer updates the .e16 one (not sure), i assume is better this way since these confs are improved in new builds (but now e16 is pretty ready in their default confs, i should probably remove the update of them for next builds?)

good! can you confirm that the installed system correctly works with the same nvidia drivers installed by default ?

E22: Starts well, keys for screen light & sound ok, but again, in the set of softwares in the bar, Terminology, Rythmbox, Gimp are present but "ghosted"... others, as Chromium, are normally visible...

E22 is not configured at all, everything is up to you (issues and configurations), I won't recommend to use e22 but you are free to use it

question: these things should be already warned when you selected e22, but i think that is not enough for e22 ?

and this is an issue because makes your experience not being "nice" by using e22, better to use e16

i wonder if e22 should be removed... hum

the only thing I am fighting with for now is Cairo

try what i said before, to have a new cairo-dock and desktop preconfiguration that way

hum... the "parabolic" default one looks nicer and futuristic, also more like mac'ish, but seems like "slide" is a more usable option
i changed it to be default to slide for all the elements (instead of parabolic)

Imay indeed have a problem with the hard drive on this unit as image suggests...

well, this screenshot is a very nice feature, it runs in every desktop start, and it will notify you if there's new data for the disk (like new shocks received, or badblocks)

this is a nice spank for those people that "dances with the laptop while running" lol
(/me looking at some people around the house here... lol)