How to remove systemd on Debian Buster distros and switch to sysvinit, the good way

This is a generic howto that explains how to get rid of systemd in a distro based on Debian Buster, like the beta version of Elive 3.8.xx

note: don't use dist-upgrade on this step, we need a soft upgrade first

Now this is an important step, you will install a needed package and you will need to note somewhere the list of what is going to be removed, because you need to install it later (or their replacements), we will continue the howto with a list based on Elive 3.8.14 as an example of this list

yes, you probably need to install eudev twice, due to a systemd error you need to be insistent.

Now, make a look to the packages it wants to remove:

Make sure that it correctly uninstalled systemd and it regenerated your initramfs, otherwise you may need to try the step again after to reboot

Install back all the needed software (or alternatives)

This step is a bit delicated and may need to you try the steps one to one:

If you want to use again network-manager, which fortunately stills supported and its suggested if you had it before:

Cairo-dock seems to compatible too, but you need to reinstall it entirely in order to use all the modified packages from the Devuan repos, removing the ones from debian first, so:

Login manager, if you used Lightdm:

Plymouth (boot splash) doesn't seems to be compatible, but is not a big issue if we don't have it

Some specific packages / dependencies by Elive you may want to have back:

Note: If you use an experimental version of the enlightenment desktop (so, not customized by Elive yet), you need to make sure that all the autostart applications needed are included in the init of the destkop, otherwise you may have features not working like dbus or mounts

After you have installed the needed software or reinstalled the previous one, its a good thing to cleanup your system:

Your user won't have shutdown and similar privileges, so its recommended to add it your sudo settings:

note: is important to run this command as user and not root, otherwise you must change the USER variable to the static user to use

This may or may not work on other systems, in an updated Elive will directly work from your window manager

As you have seen, we needed to remove first all the cairo-dock packages that we had previously installed in order to force-download them again but from the devuan repos instead, otherwise they wont install or could mess the entire system (that's just an example of how mixing repos is a very delicated thing that can mess your entire system).

Your system is ready and usable now, but if you want to work from it as a stable system I would recommend to force-reinstall all the packages in your system that there's a version available on devuan, don't worry, our apt configurations set to devuan will make your system select the correct ones automatically.

Warning: this step can take up to 1 hour and can use at least 1GB of your network bandwith

You may have some broken packages, like the b43 firmwares (which we have already included hte fix in the previous command) so its up to you to fix them

Optionally, this step could have been done before to start installing back the wanted packages, but the result should be the same, you can do it especially if you have difficulties with broken dependencies

note: this option has not been very tested but is meant to stability your system to not have issues in the future with your repositories

Please improve this howto to make it better, after to betatest the resulting system you may see things that must be improved, fixes, or compatibility things

Lordy, I think I'll maybe try this on a VM first.

An installed 3.8.14 (32bit) system with the default preselected options (which means: you can install it even lighter), that resulted in 221 MB of RAM used with all the desktop featured running, turned to use only 175 MB uses only after to switch from systemd to sysvinit, plus:

Are you going to roll it out with sysvinit?

I don't know yet, but what is needed for sure is betatesters to compare systemd VS sysvinit

For now the shutdown / reboot / suspend / hibernation needs a better integration, but is the only issue that i know for now... (not much more tested than that)

If anybody wants to betatest it, are welcome, the worse is to simply reinstall elive automatically lol

If anybody wants to betatest it, are welcome, the worse is to simply reinstall elive automatically lol

Lordy, I think I'll maybe try this on a VM first.

Same. I’ll give it a go when I get a spare couple of hours

Same. I’ll give it a go when I get a spare couple of hours

better in a real machine, which has real hardware, real usage, etc

maybe i should implement this on the installer

fixes included in the howto and now everything should work, including shutdown / reboot / suspend (make sure your system is updated with apug)

so yes, it is a good alternative for those who wants to switch to sysvinit and remove systemd

better in a real machine

Yeah, I don’t want to screw my install up as it’s my main production machine, and I can’t be arsed setting up again if I do a screw it up. So I’ll do a dry run in a vm first and once I’m familiar with the process, I’ll install it on bare metal. I’ll probably use timeshift or something to do a snapshot.

Yeah, is better to do it in non-production machines, so testing machines or just less-important ones (elive should be enough secure and enough easy/fast to reinstall to this won't be a bigger issue

Are there any alternatives?

Pfft...on a bad day with plenty of schoolwork — 1GB can take like two hours, but you probably dont want to add this, because most people dont share 3mbps with four other people

Thats still pretty good, we can use computers with 256MB ram with the latest E! Nice job @Thanatermesis!

Tho...what would we do w/o pulseaudio, most programs R E Q U I R E it

Well, we already know the answer...

Do you mean remove it from the world, so that its a better place? ...Or...

timeshift or something to do a snapshot

A snapshot of the VM? AFAIK VMware and VirtualBox both offer builtin snapshot support

Tho...what would we do w/o pulseaudio, most programs R E Q U I R E it

elive 3.0 has been released entirely without pulseaudio (when it was already a monopol), and recently the installer of elive included the possibility to remove it (keeping everything perfectly working), the only issue is that the actual graphical mixer uses pulseaudio and you cannot connect an external bluetooth so easily

only a few programs really require it (like skype), one of them was e16 but it was recently featured with an alternative to pulseaudio and is the one that is actually using

, some other programs may require to configure it to select to use pulseaudio or alsa, but in short, 95% of your elive should directly work

if you want to give it a try, install the package pulseaudio-compat-notinstalled and reboot, you will see

6 posts were merged into an existing topic: Don't do this at home

and you cannot connect an external bluetooth so easily

Did not @stoppy98 create a Bluetooth Speaker Connection Thingy? In this repo? 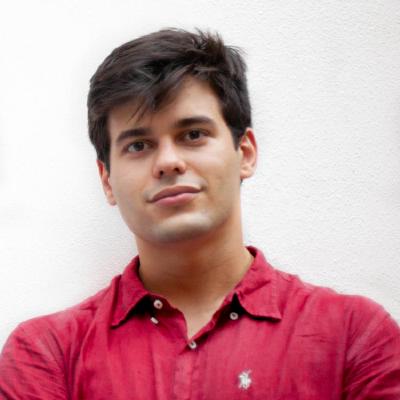 Contribute to Sbef98/Stuff-for-Elive development by creating an account on GitHub.

If im not wrong there is PlayMusicOverBluetooth.sh. If you modify to your needs would it work?

Did not @stoppy98 create a Bluetooth Speaker Connection Thingy? In this repo?

mmh not sure, in recent versions of elive you can use a bluetooth speaker really easy (dependencies and confs included), using pulseaudio. With Alsa is also possible but i dont think there's an easy tool to do it, so its much more complex to set up and may require root privileges

oh, just seen the script, its a good one

and yes it uses pulseaudio too, but should be not difficult to do it directly on elive since the needed confs / dependencies was added some versions ago

Plymouth (boot splash) doesn't seems to be compatible, but is not a big issue if we don't have it 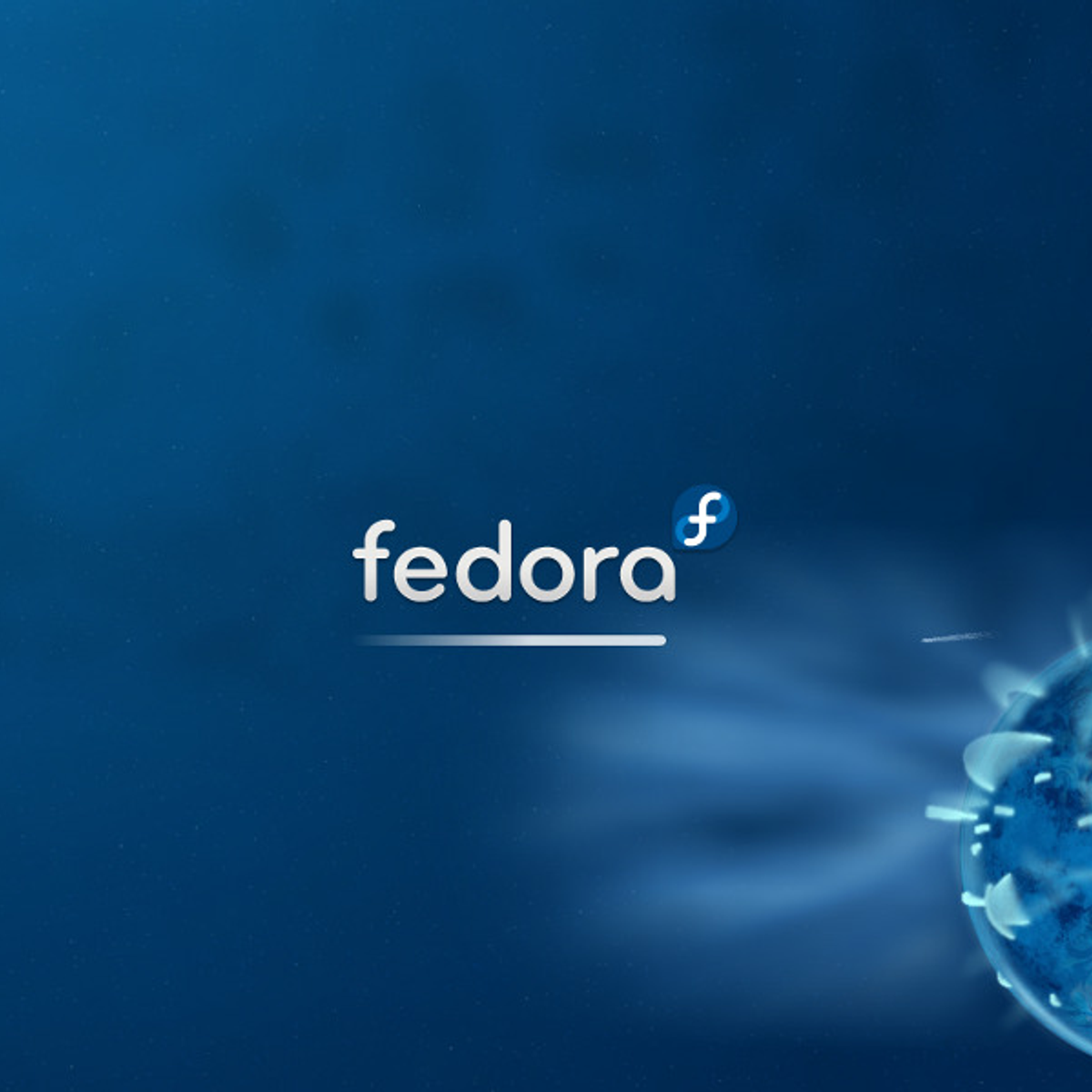 Popular Alternatives to Plymouth for Linux, Software as a Service (SaaS), Windows, Mac, Web and more. Explore apps like Plymouth, all suggested and ranked by the AlternativeTo user community.

(EDIT: nevermind, Xsplash seems unmaintained, and the other one seems only for gentoo

don’t want to screw my install up

(teasing you, no worries)

Well i just did this on my laptop and the guide seemed to do the job quite well! Took about 30 minutes to do all that except for the last one (reinstalling all of the packages again). This was on a Lenovo T450 laptop with i5/12GB RAM/ssd.

I'm going to test some stuff out now and hope that nothing is broken, but since i'm typing this on the same machine i think all is well